Opinion: Americans Need to Learn to Respect All Religions Because Im Starting a New One Centered Around ’90s Conan 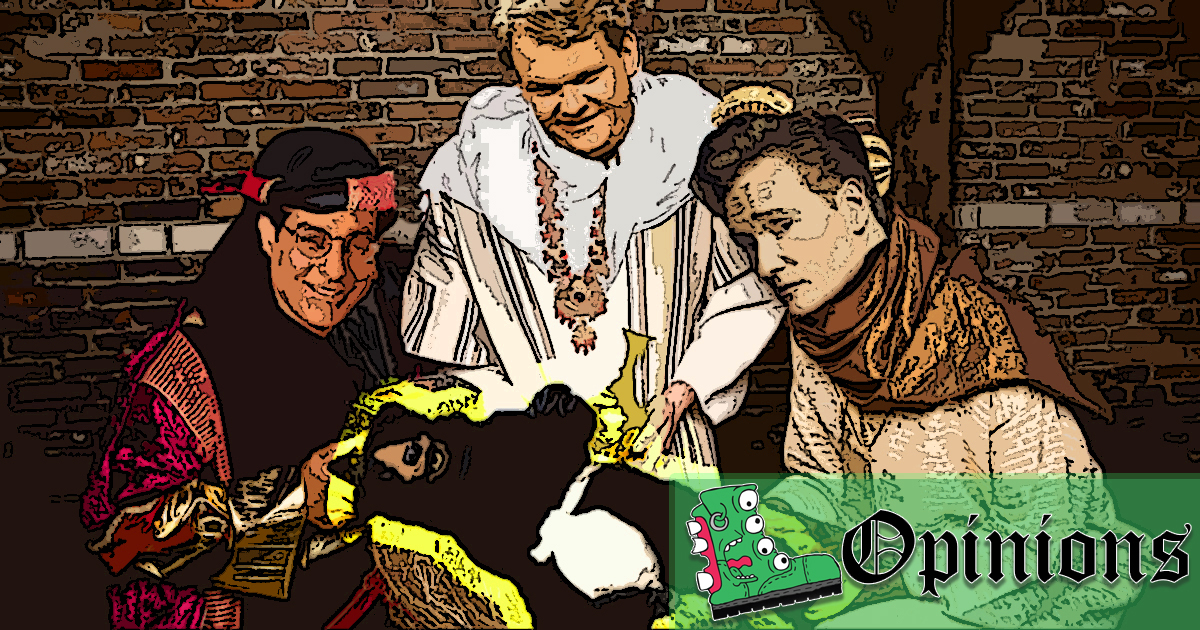 We live in a godless age. As science replaces faith mankind steadily loses its connection to the unknown. Perhaps because of this overall decline in religious practice, tensions between people of different faiths has never been higher. Comparative mythologist Joseph Campbell once said “Mythological instruction should be added to our freedom, so that the individual can find their own myth, their individual meaning in that freedom.” With that in mind I urge every American to start showing respect for all religions, not just for their own, and especially for the new awesome one I’m starting based around ‘90s Conan sketches.

Let’s face it, the old gods are dead. If we want to salvage the ageless wisdom contained in the religions of the past we need a new mythos. Fortunately for us, the framework for a whole new cosmology already exists in the form of ‘90s alternative comedy.

You want parable? Late Night is rife with it. Like all mythology you just need to look under the surface to find the universal truth. The Guy With Bulletproof Legs isn’t just a hilarious comedy sketch, it’s retelling of Icarus, a cautionary tale of man’s hubris. On the surface, When Conan Andy and Max spoofed NBC’s The More You Know segments they were making fun of life lessons, but watch it again and go a layer deeper. Not with your normal eyes mind you, but with the contrived open mindedness of someone desperately trying to make this premise work and meet a deadline. What you will then find is wisdom.

You want a pantheon demons and gods? Heroes and monsters? Look no further! In Preparation H Raymond we see the very incarnate of the Buddha’s love. The Coked Up Werewolf is nothing but a modernized Lucifer or Hades. In Pierre Bernard we see… Moses… or, Aesop? Look I don’t have everything concrete yet.

Barely a month old and already my religion is being met with persecution. I have been mocked on reddit. The city has demanded that I take down the temple-shed I hastily constructed in my backyard, making such outrageous claims as “You need a permit for this kind of thing” and “that’s not how you build a shed” and “honest to God, you are going to hurt yourself.” Even my own mother has attacked my faith, claiming that she will kick me out if I don’t start applying for jobs again. Sure I expected some push-back, but not like this. I am reminded of the story of The Guy Who’s Protected From 3 Inch Bees (S08:E72), woefully under-prepared for the stings of the modern age.

A religion is a vehicle for ritual, and I should be free to practice the rituals of my faith whether they are convenient to traditional western civilization or not. Should I have been fired because my faith requires me to watch a clip from Walker: Texas Ranger every 20 minutes or so and pretend my desk is a car on Wednesdays? Absolutely not.

Not that I have anything against The Pope or Jesus or any other religious figure for that matter, and that’s the whole point. I have my faith and other people have theirs. Christianity, Judaism, Islam and Scientology are all perfectly valid and wonderful religions… for me to poop on! Amen.