On the 7th Day God Rested, That Means There’s a Way To Kill Him 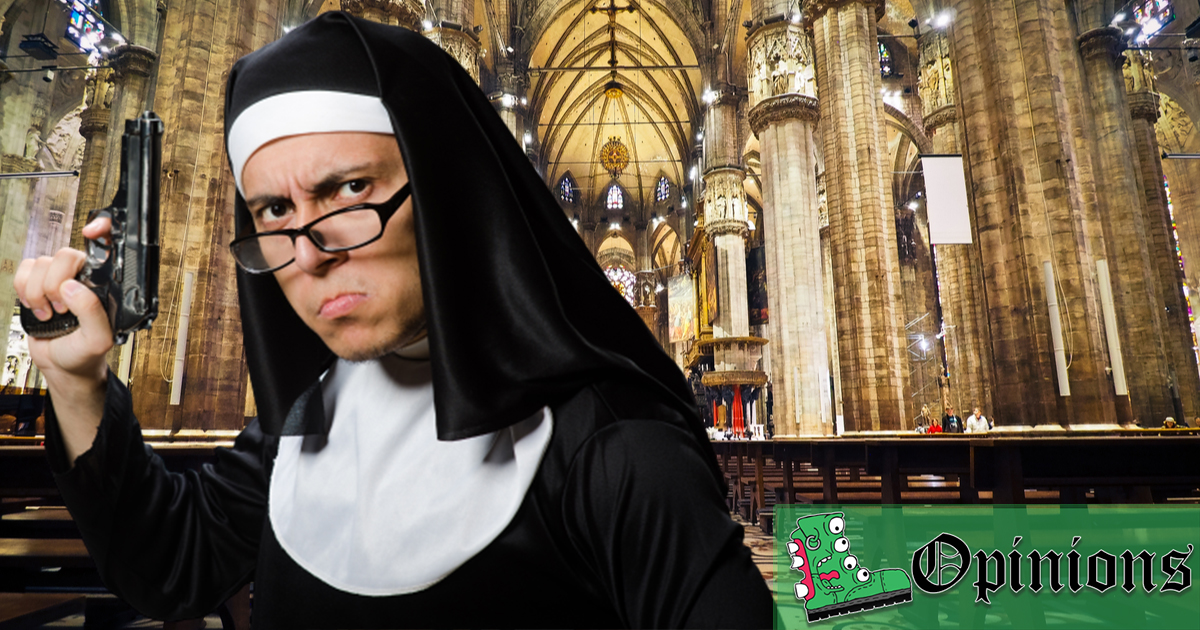 “If it bleeds, we can kill it.”
– Arnold Schwarzeneger, Predator

I am a good Christian. I adhere to the 10 commandments and live in accordance with the teachings of Jesus Christ. I do these things because I was told that I exist under the tyranny of an omnipotent, undefeatable being who created the universe and would smite me if I didn’t. Now that I’ve figured out that God must have a weakness somewhere, defeating him has become my only goal.

Why would an omnipotent, all-powerful immortal being need to rest? If God were truly the boundless, all-powerful, beyond-time-and-space-existing motherfucker Father Mulcahey makes him out to be, why the fuck would he need a nap? Something doesn’t add up here.

If we catch God at the right moment we can take him out.

I figure our best shot at smoking his holy ghost ass is to get him to create another universe. I know he rests every Sunday, but considering what little he’s done for the last 6,000 years he’s probably still pretty spry. Creating a universe really seems to tire him out. I don’t know if that means we need to destroy this universe first or, like, maybe there’s a multiverse or something, but we need this dude making shit to get him vulnerable.

On the first day, he will create the heavens and the earth. On the 2nd, he will create light. That’s when I’ll pick the best spot for a sniper’s nest. There I will wait patiently smoking cigarettes and snacking on rations as he spends the better part of a week separating light from darkness, water from land, and creating living creatures. The second he creates man and says, “all of this is yours,” I take the shot.

The first thing I’m doing after God is dead is coveting my neighbor’s goods and wife. He’s already got a PS5 and she’s a total smoke show. I’m tired of not being jealous. After that, I’ll call up my dad and tell him that he is foolish, which has been a long time coming. Then I’ll eat a little meat on a Friday, steal a few Blu-rays from Walmart, and make up some new God.

I’m thinking the new God should be a woman who isn’t a baby that needs to sit down and suck on their ba-ba every time they create a universe. And she should be a total knock-out, like my neighbor’s wife.