If You Really Cared About Sports, You Would Support Your Local Super Bowl 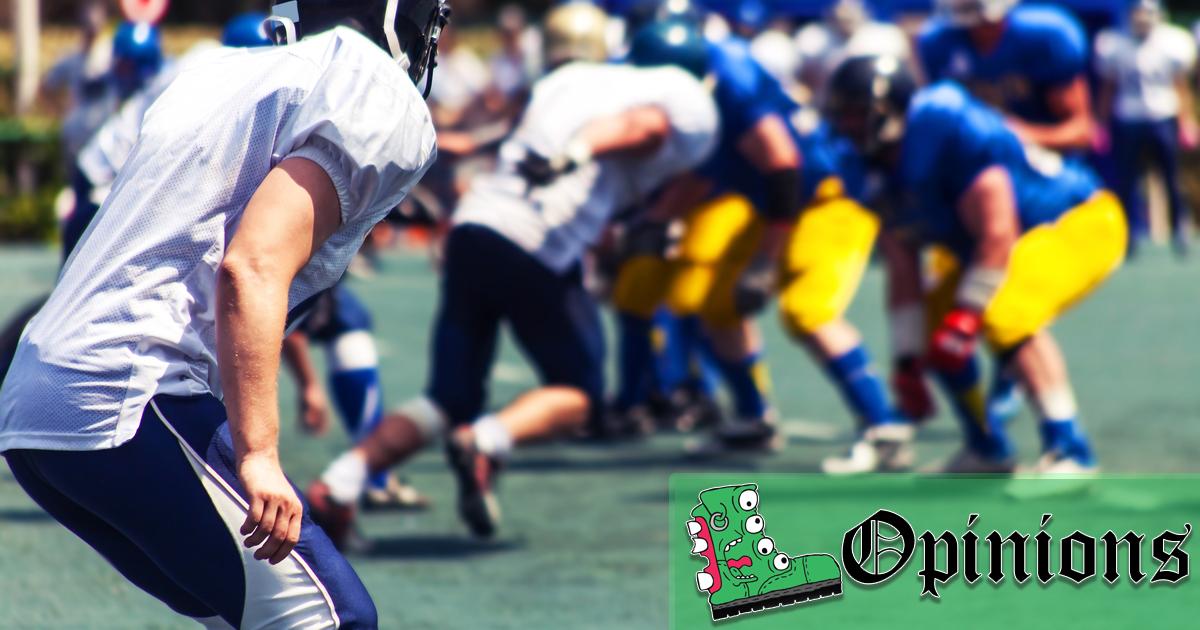 Football season is drawing to an end, and millions of Americans are gathering around the tube to catch the big game. Fuckin’ sellouts. The NFL Super Bowl only captures the shallowest and most commercialized aspects of football. The heart of the game lives in smaller sports scenes, and if you were a real sports fan, you’d support your local Super Bowl instead.

Let me guess: you didn’t realize local Super Bowls existed. Newsflash, normie — football goes much deeper than the NFL, no matter how the media tries to deny it. If you would engage with your local football scene, you would discover athletes way more authentic and experimental than any you’ll see on ESPN.

For instance, this year’s Denver Super Bowl will be a long-awaited showdown between the Aurora Thunderheads and the Thornton Stabbers. Those names probably don’t mean much to you, but they’re everything to me. I grew up with these players, saw their athleticism develop, and even tried to kill some of them after a particularly bullshit off-sides call in ‘09. No sponsorship can buy that kind of rapport.

I’m just sick of people complaining about the state of football when they only pay attention to the NFL. It’s like those Occupy Democrats posts say: change happens at the local level, so it’s time people realized that their lives are more heavily impacted by the outcome of their local Super Bowl than the bullshit capitalist spectacle of the national Super Bowl.

So what if our local Super Bowl won’t be in a stadium? It’s more authentic to have the big game at a DIY sports venue, like a strip mall parking lot. And if the cops break it up because you “don’t have a permit” and “people are getting seriously injured,” so be it. Communities grow through hardship.

In the end, that’s what football is about: community. And not some weak-ass corporate idea of community but a genuine, personal community where you can go to your friend’s game on Monday night and have him tune up your Aztek on Tuesday. That’s real football.

So do yourself a favor and skip the NFL’s so-called “Super Bowl” this year. Your money is better spent supporting your local teams. After all, HGH ain’t cheap.