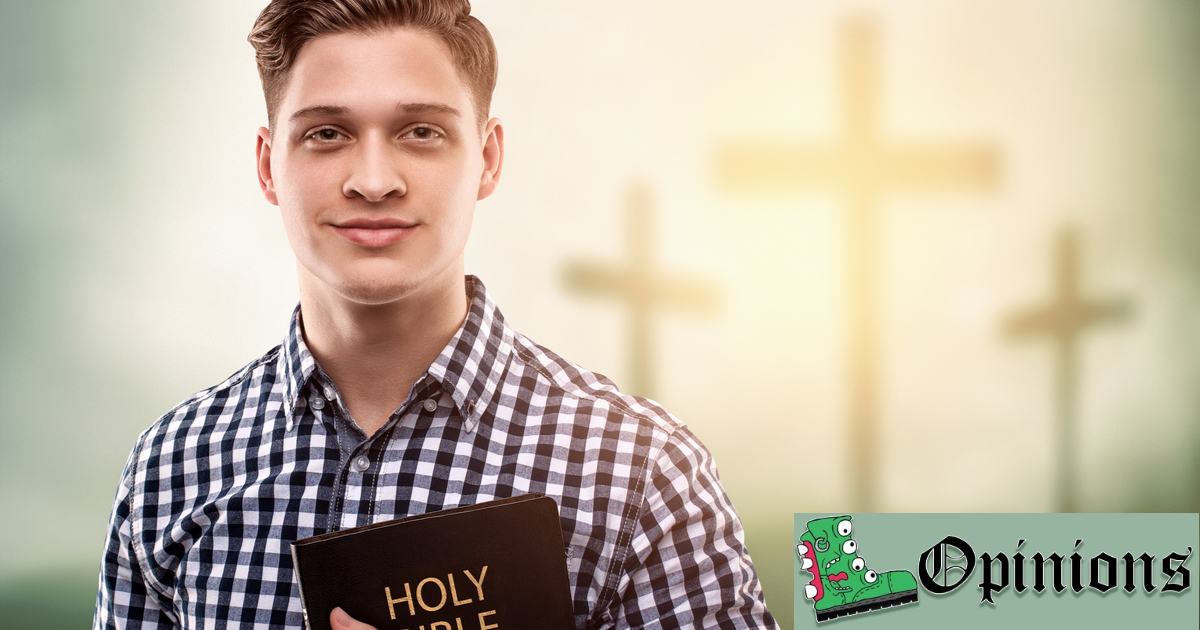 As an aspiring pastor, I wish that people were always asking me if I believe Donald Trump is a Godly man. If they did, I would tell them I don’t know what’s inside the man’s heart. But what I do know is that if our Heavenly Father wanted me to vote for a racially-tolerant, climate-conscious, pro-choice liberal, then why the Hell did He make me such a narrow-minded prick?

Don’t get me wrong, I see where they’re coming from. It only took a couple months in office for Trump to violate just about every one of God’s sacred laws. But when I think about casting my vote for a Democrat who wants to give healthcare to every American, I get sick to my stomach. Not literally, of course. I can’t afford the hospital bill.

Still, I can’t help but wonder why God would use me to deliver His word if I’m really too much of a racist coward to stand by my principles. I guess God works in mysterious, biggoted ways sometimes.

At the end of the day, I have faith that God wants what is most convenient for me. And right now, that means voting for Donald Trump.