Have You Watched ‘The Shield’ Yet? 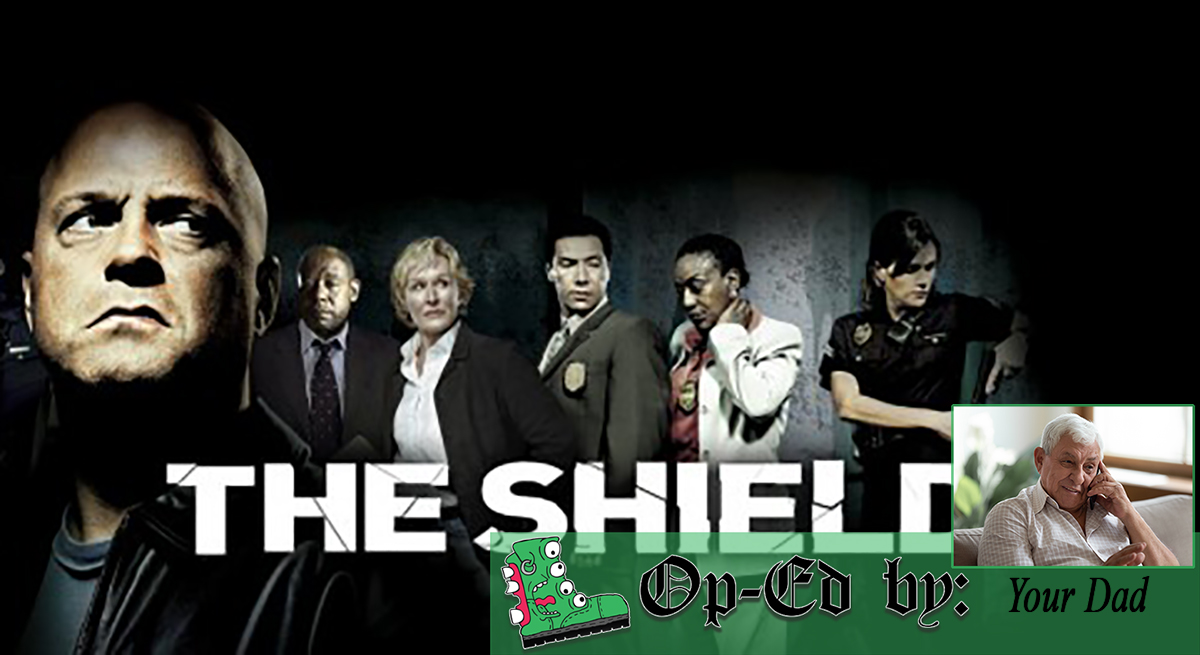 Hey bud how’s it going? I’ll give the phone back to your mother in a second just wanted to say hi. Hey. Have you gotten around to watching “The Shield” yet? Remember I told you about it last week.

It’s really a great show. Like a good quality show like The Sopranos or The Mad Men.

The cool thing is it’s not even on HBO or any of the pay channels it’s just on your regular tv, you can just watch it. I’ve been watching an episode every night after your mother falls asleep. It’s on every night I think on FX or is it FXX. Maybe it’s TNT. It’s on at 9:00. Are you usually home around that time?

It’s about cops, you gotta see it!

TNT has some good stuff too. I think they even have an app. They have movies on there too, you know, movies that were just in theaters. I saw that Batman movie the other day with Superman in it. That’s pretty new, I’m telling you TNT has some god stuff.

Anyway yeah ‘The Shield.’ It’s about this cop and it’s real gritty like ‘The Walking Dead.’ Sometimes I’m watching it and I can’t believe it! It’s really just a well-done show.

Have you seen The Walking Dead?

Your mother doesn’t like it cause it’s a little violent but you know her, she can be a little uptight with that kind of stuff. But I’m telling you you’d really like it! I know you like action and horror movies. You gotta check out The Shield.

Michael Chiklis is in it!

I’m telling you you gotta see this thing. It’s funny cause I just came across it when I was flipping during the commercials when I was watching the NFL Postgame Live and I got totally sucked in. I kept telling your mom to come down cause she doesn’t like to watch sports but she just doesn’t get it. I told her “look this is a good show right here, these cops on this show know what they’re doing.” She don’t care. I think the guy that made it was a real cop. Maybe he still is?

That’s something aint it? Imagine that just having a job and making it a TV show. Hey, I should make a show about managing an electrical supply facility. We do see some characters in there. Maybe you can help me make that a show, you and your friends are creative like that. Let’s you and me and your friends get together and make a show about the moral ambiguity of managing an electrical supply facility.

Really you gotta check out “The Shield.” It’s good stuff. You can probably find it online somewhere like Netflix. I think they have DVDs you can get that too.

I think it’s on TNT.