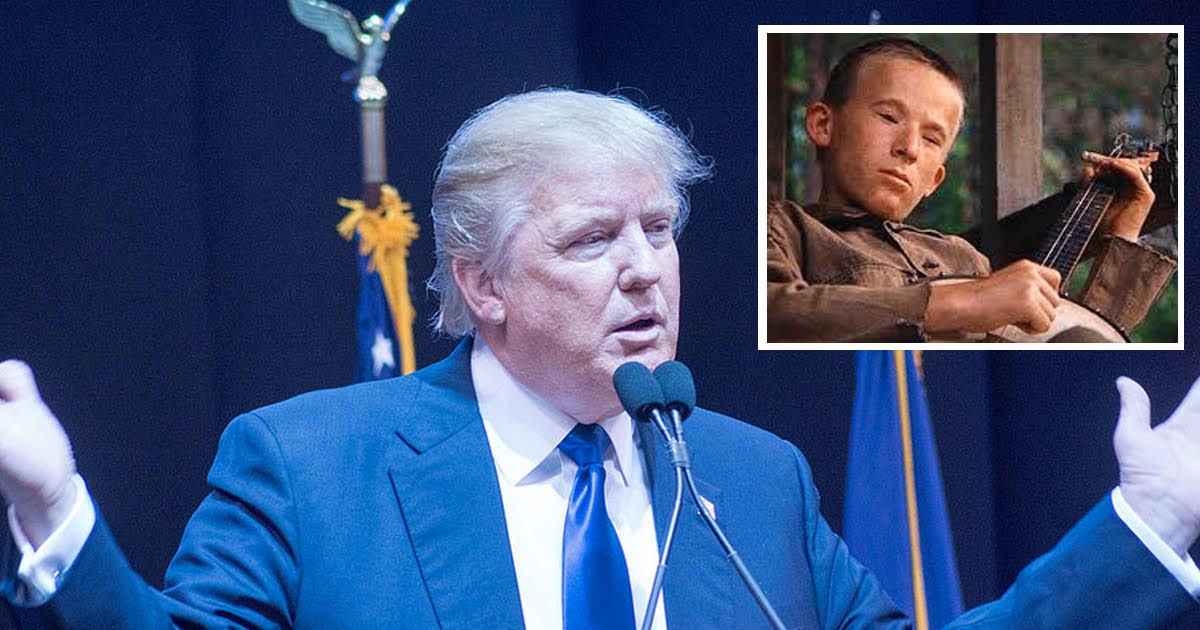 WASHINGTON – After rejections from music industry A-, B-, C-, and D-listers, President-elect Donald Trump announced today via Twitter that the “Dueling Banjos” kid from the movie Deliverance has agreed to play at Trump’s upcoming Inauguration on January 20th, 2017.

“Very excited for banjo kid from Deliverance to play Inauguration. Wonderful music and excellent track record of winning banjo duels,” the incoming leader of the free world tweeted at 3:13 A.M.

With his entertainment lineup finalized, Trump went on to accost the large pool of musicians who turned down the chance to join him at his inauguration. “Dozens of artists missing generous opportunity. Shame on entire music industry, except for kid from Deliverance with the banjo. #MAGA!” Trump tweeted at 4:43 A.M. “Great example of why pathetic music industry is failing. Sad!” he added minutes later.

All attempts to reach the kid with the banjo from Deliverance for comment have been meet with cold, unsettling silence.

“I think he’ll do a wonderful job,” said Trump’s chief adviser Kellyanne Conway. “We’re thrilled to have the Deliverance banjo kid on board. He’s a huge fan of Donald and vice versa. I think Trump supporters will love his stuff. He really is great at playing that thing.”

“He’s gonna play all the hits, like ‘Dueling Banjos’ and… You know, all the hits,” Trump told his supporters at a rally on his “Thank you” tour.

Other musicians confirmed to play at Trump’s inauguration include a Big Mouth Billy Bass, the official Trump University a capella team “MAGApella,” and the third cousin of someone who auditioned for “America’s Got Talent.”

“These are some of the highest selling musical acts of all time,” Trump said. “Trust me, they have all the numbers, the best numbers, and these acts are all platinum.”

While rumors have circulated that the dueling banjos kid from Deliverance was also offered a position in Trump’s Cabinet, nothing has been confirmed as of press time.