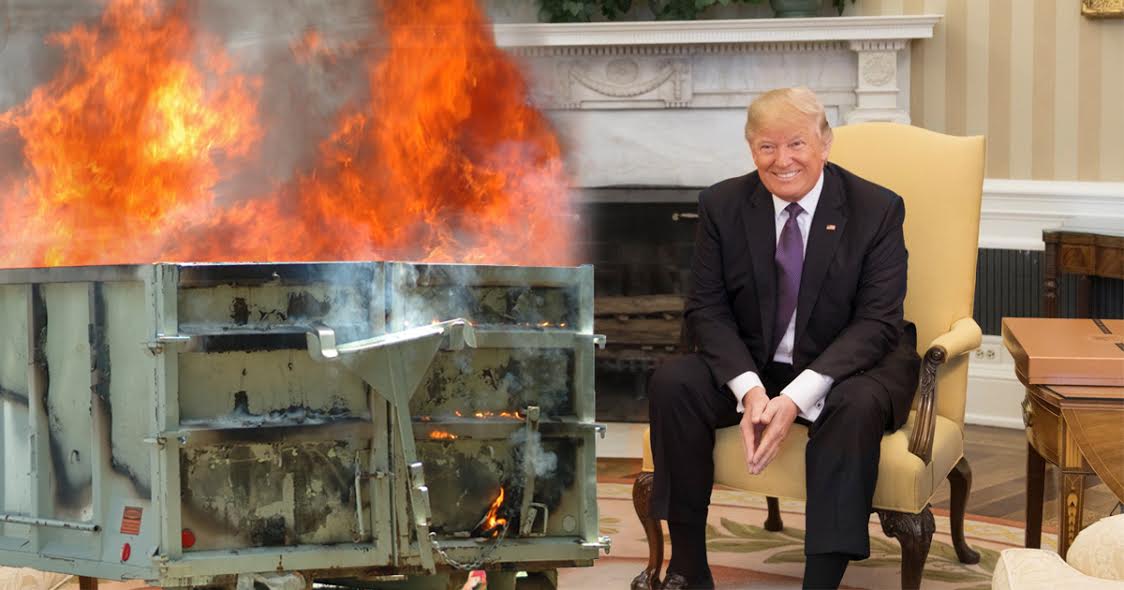 WASHINGTON — President Trump announced earlier today his plan to circumvent traditional media outlets with a series of dumpster fireside chats beginning this Spring, hoping to take his “no filter” rhetoric directly to his supporters.

“This is just another way President Trump can get around the dishonest media and talk straight to the people,” said White House Press Secretary Sean Spicer in a press conference. “The hope is that families and friends will gather around whatever trash receptacle is providing them heat and hear President Trump’s warm, dulcet, incredibly strong tones emanating from a rewired HAM radio salvaged from a burned-out school bus.”

President Trump worried that parts of his base, confronting an increasingly unpredictable and frightening world, may not have access to Twitter or a working television, and therefore would not know how much better America is getting under the President’s care.

“Doesn’t matter if you’re a single mother working overtime, an unemployed coal miner, or part of a roving band of ravagers looting grocery stores for copper wire and non-perishables. You’re a part of the movement,” continued Spicer, wearing an ill-fitting metal chestplate and a spiked football helmet.

Trump’s supporters were elated to hear the news. “It’s been so long since we’ve heard his sweet, strong, sweet voice,” said one supporter, tossing a hunk of meat to a pair of dogs in a fighting pit. “We don’t really need to know that everything is going great, because it’s already so obvious. But it would be comforting to know what he’s thinking about, and hear how the new Celebrity Apprentice is doing from time to time out here in the wastes.”

If the chats are successful, Trump plans to make the “Trash Talks,” as they will be called, a permanent fixture of his administration.

“The Trump promise is a chicken in every pot, and a machine gun dune buggy for every cave,” President Trump said on Twitter. “FDR had half the listenership as my talks. People are saying this. Have you heard this? It’s real.”