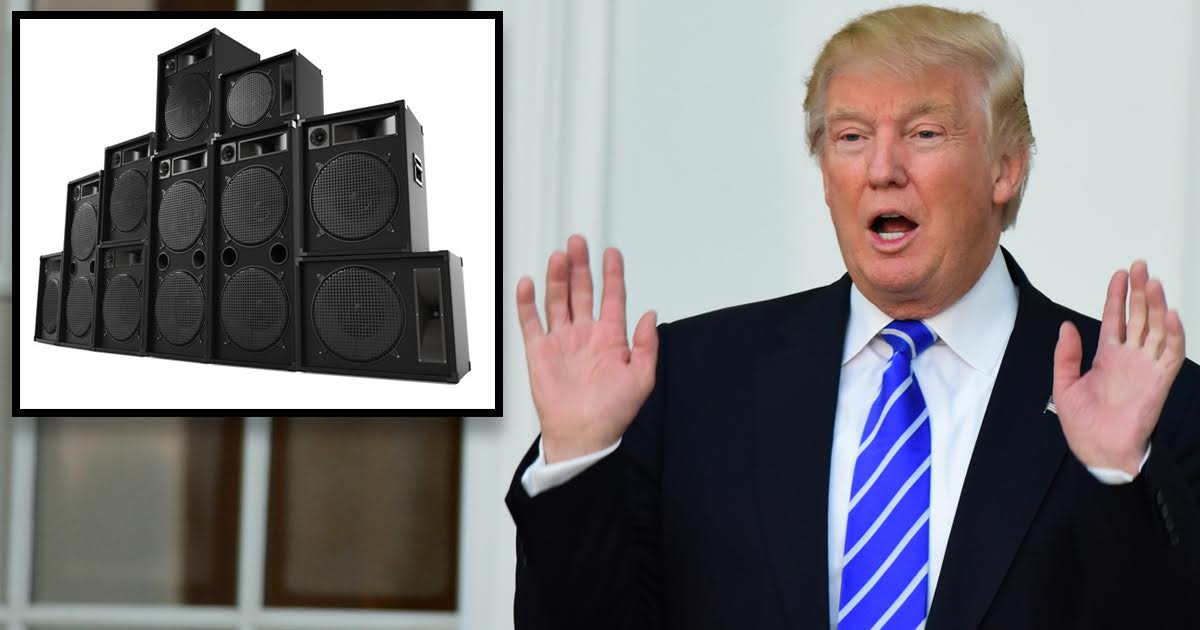 WASHINGTON — With only hours to go before tonight’s show, organizers confirmed President Donald J. Trump has so far failed to acquire an adequately loud PA for tonight’s show at the Gauntlet, a high-profile basement venue.

“We’re pretty bummed about it,” said Wally Jorgenson of The Line in the Dust, the headlining post-hardcore band. “For the past two weeks, pretty much all we heard was how great the show will be, and that it was going to be ‘by far the loudest show ever, period.’”

Further embarrassing the administration, President Trump allegedly promised to provide a “huge PA” multiple times in public forums. Critics pointed to eight separate comments from Trump on the show’s Facebook event, along with six different pictures of a monstrous PA on the White House Twitter feed. Snopes, a fact-checking organization, has reported the pictures tweeted by Trump were merely screen caps from the Guitar Center website.

Some local music fans and political organizations questioned Trump’s sincerity early on. “Dude pulls this all the time,” said singer Ozzy Fredrickson. “Last time he booked a show for us, he said he was gonna split the door evenly, but gave most of the money to his friend’s band and handed us a $20. It’s not surprising.”

President Trump and White House staff rebuked the accusations. “I never said I’d bring the PA, but I got one anyway, and it is great. People are going to love it,” claimed Trump in a press conference. “The PA is so big, the sound is so clear, you wouldn’t even believe it, believe me.”

“You can sit here and complain about the PA only being 100 watts, or you can look the size of the speakers and the voltage on the power amp,” White House Press Secretary Sean Spicer later added. “That’s the real story.”

One fan outside the venue said he was unsurprised by Trump’s inability to produce the promised PA.

“He said the cops were going to pay for it,” the fan said. “Guess it didn’t work out.”