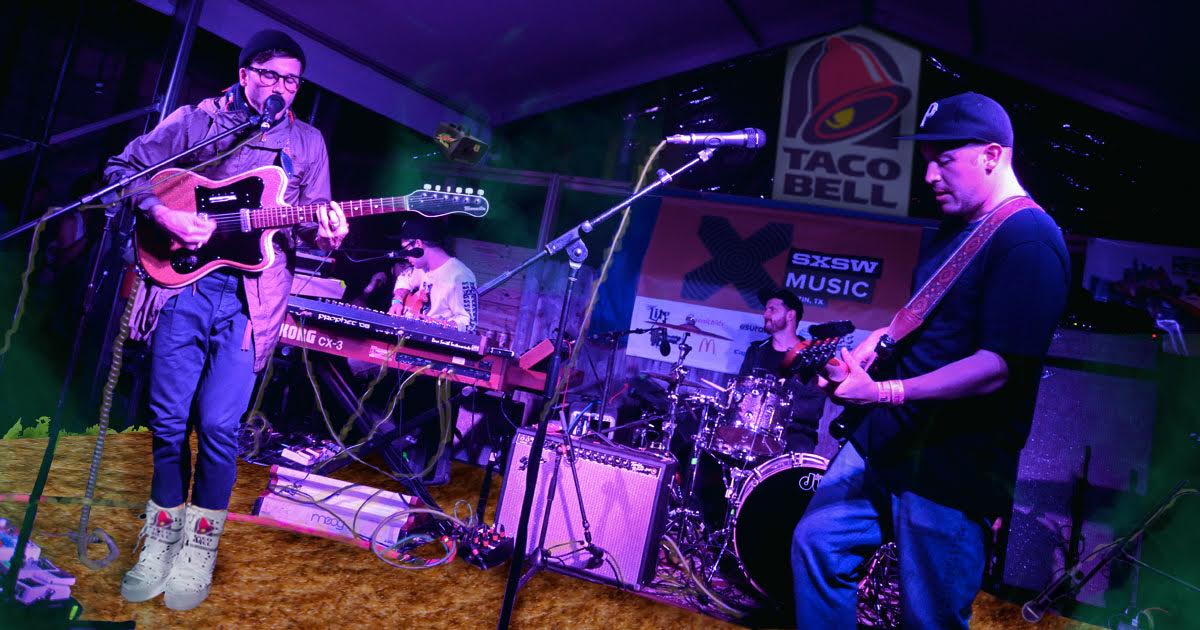 “We spared no expense,” boasted Director of Branding Bryce Dillinger. “We used the most mouthwatering, antibiotic-free, all-white meat chicken. Every square inch of this stage has been seasoned to perfection. It’s the ultimate flavorful festival experience.”

“We put in layers of shredded iceberg lettuce, refried beans, and Cool Ranch Doritos beneath the chicken to give the live sound some extra crunch,” Torta said. “We’ve also angled mics at the floor to capture the sizzle — it’s like nature’s delicious reverb pedal.”

The Crunkwrap Supreme stage is reportedly so hot and crispy, performers will be outfitted with Taco Bell’s exclusive SXSW sour cream moon boots to protect their feet from the skin-damaging oils.

“We’ve had to shield all the guitar and mic cables by putting them inside giant Cinnamon Twists,” Torta said. “But the Baja Blast-scented fog machines will really create an atmosphere with a kick.”

“It’s the right move to make,” said social media guru Samantha Robespierre. “In all my years of market testing and research, one thing has proven to be true time and time again: if you wrap something in fried chicken, Americans will lose their fucking shit.”

True to her prediction, Twitter erupted with thousands of tweets from starving journalists and attendees, yearning to get a mouthful of the showcase stage. Even SXSW featured speakers expressed interest in taking a bite out of the showcase.

“Forget about a man-machine singularity,” tweeted futurist Ray Kurzweil. “The only thing I want to fuse with is that tender, crispy white meat.”

Not everyone is thrilled with the edible showcase, however. Addison Montez, a brand manager for Chipotle, took to social media to accuse Taco Bell of stealing their idea.

“Those hot sauce-snorting bastards ripped us off,” a furious Addison said on Facebook Live. “We had a Burrito Bowl Dome planned for Bonnaroo. They totally stole our thunder. Mark my words: there’s gonna be hell to pay.”