Statue of Liberty Moves Back to France 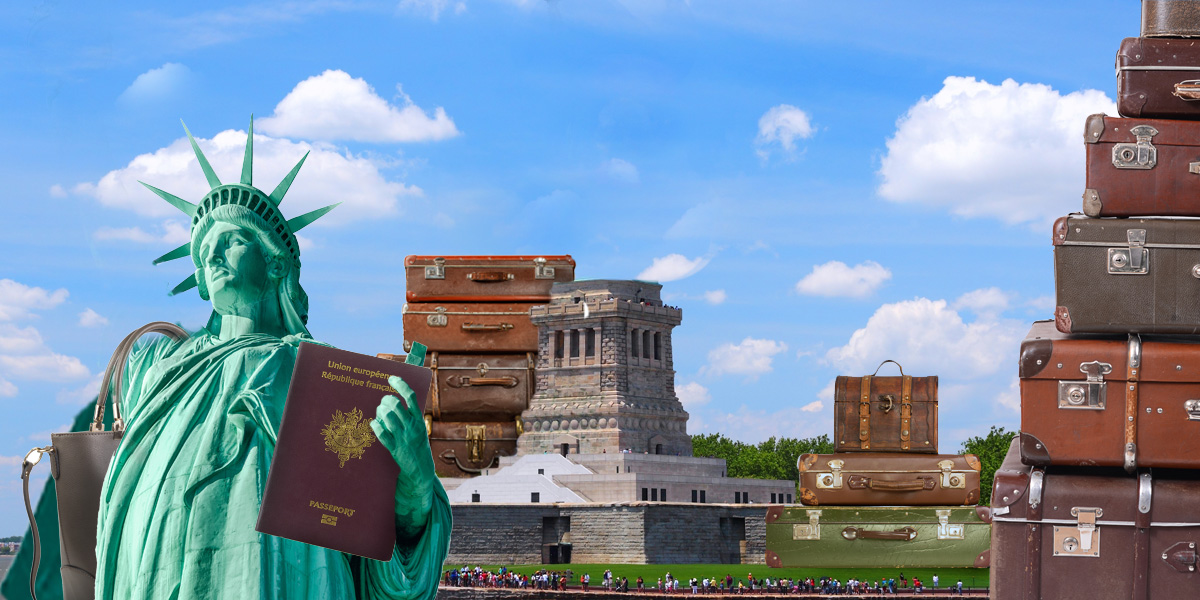 NEW YORK – Citing her long-held belief that “there’s no way in hell anything like this could ever happen,” Lady Liberty herself packed up her bags and headed back to France, according to reports from Liberty Island.

“Honestly we had a good run, me and America,” said the French gift to the United States which has been a beacon of hope, freedom, and liberty to immigrants landing at Ellis Island for centuries, “but at this point we just have nothing in common. If any of you huddled masses want to come with me feel free, but you better make it quick.”

This news comes on the heels of Donald Trump securing the presidency, which caused Lady Liberty, an immigrant herself, to check her French citizenship status and make immediate plans to vacate the country.

Spectators viewing the Statue dust off her giant, fresh copper suitcases — that she hasn’t used in years — felt particularly saddened to see her leave. “I always thought that giant statue would just stay there. She always stuck it out, but I honestly don’t blame her for leaving,” said Matthew Perez from nearby Ellis Island. “I have an uncle in Spain. I might try to move in with him.”

“I’ve put up with a lot of shit over the years but Jesus fuck, this is where I draw the line,” said the Statue, “I mean he’s the guy from Celebrity Apprentice! You did this to yourselves. Please do not call or text me, America. Lose my number.”

While Americans process how such a blatantly villainous man could become president, the Statue of Liberty reflected on her many years giving hope to Americans young and old. “I stuck out so much with you guys, but this is about it,” said the 151-foot-tall statue.

During her final statement before leaving, the Statue of Liberty seemed to take some of the blame for the current political situation and was unsure if America could recover from four years of Donald Trump as president. “I knew I should have booted Trump’s goddamn grandparents back to Europe when I had the chance. Have fun with the Supreme Court everyone, that is fucked for another 20 years.”

At press time, Lady Liberty was last seen swimming across the Atlantic Ocean along with every single bald eagle.