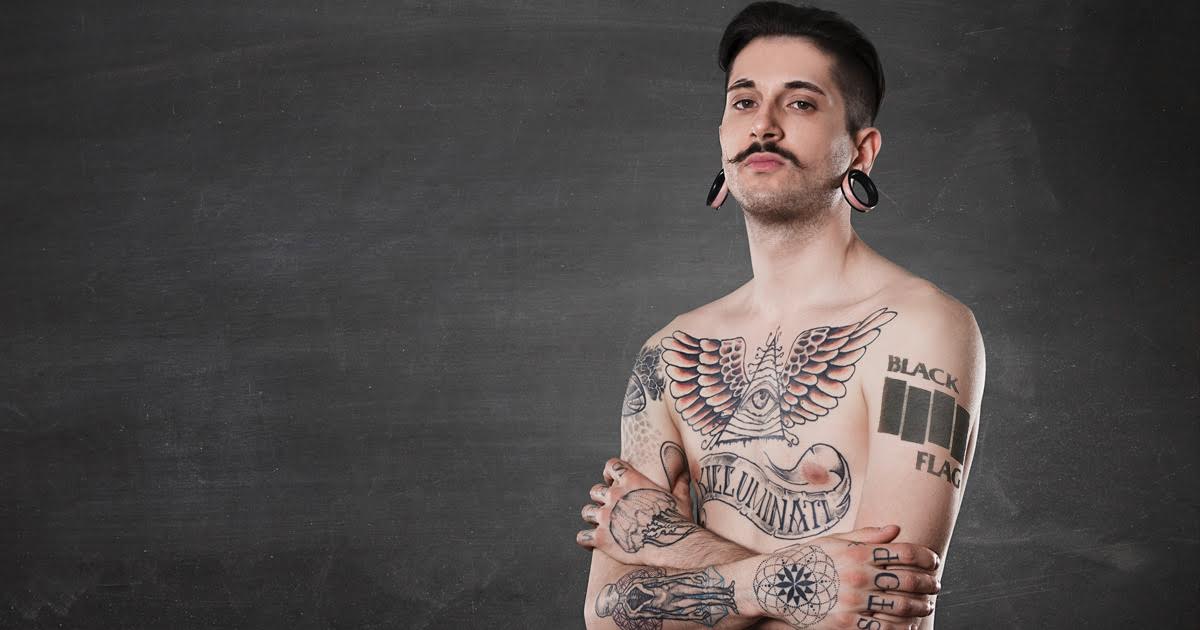 PORTSMOUTH, N.H. — Local woman Katherine Montgomery was visibly shaken last night when her date took off his shirt, revealing a fresh tattoo of the iconic Black Flag logo, which immediately raised red flags for her.

“He seemed like a nice enough guy,” Montgomery said, still recovering from shock. “It looked super fresh — like it was still healing up — and like he got done in a mall, which is the worst case scenario.”

Montgomery added that, in her experience, fresh Black Flag tattoos often signify potential conversations about mixed martial arts, “deeply misinterpreted anarchism,” and even the debate of egalitarianism versus feminism. “Just all around horrifying stuff,” Montgomery said. “I ignored the twin mattress on the floor of his bedroom, but that tattoo was too much for me. I was able to get out of there by faking a phone call from my roommate. This could have been much worse.”

Those close to Montgomery confirmed her tattoo sighting. Longtime friend Phoebe Green claimed she fell victim to a similar, if not the very same, tattoo.

“You think it only happens to other people,” Green said. “But when you’re face-to-face with an honest-to-God tattoo dedicated to Black Flag, it’s a fight or flight moment. Like, who is this guy? Which era of Black Flag are we dealing with? If this thing is still healing up that means he got this after What The…? How interested will I have to pretend to be when he launches into his member-by-member breakdown of the band’s influence on him as a musician? I don’t have the time for all 22 members. I just don’t.”

Montgomery admitted she actually enjoyed Black Flag herself at one point. “But, after the eighth time hearing Henry Rollins’ motivational speeches poorly paraphrased to you by someone who couldn’t be less like him in almost every way imaginable, you just get tired,” she said.

Both Montgomery and Green stressed that tattoos in general don’t serve as red flags. Montgomery herself proudly displayed a tasteful infinity symbol behind her ear.

“But that’s totally different,” Montgomery clarified. “This represents something real and deep.”