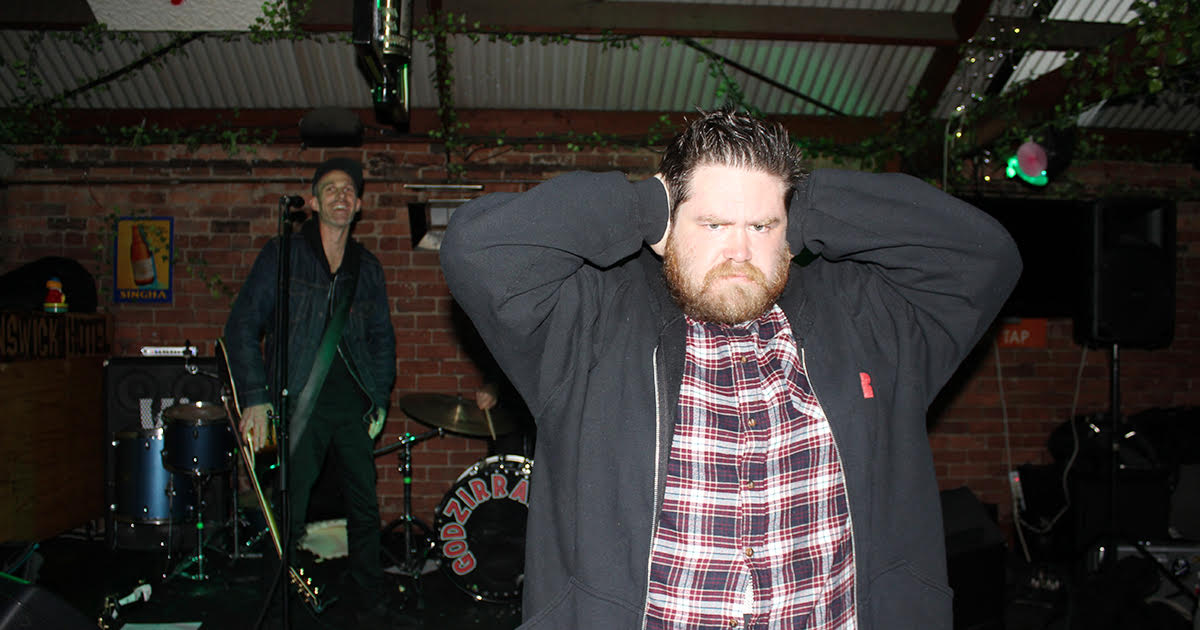 INDIANAPOLIS — A secret show last Tuesday at local DIY venue The Outhouse plagued by violent moshing, clouds of firework smoke, and outraged neighbors would have been best left as a secret, according to bewildered attendees.

“We don’t want anyone experiencing something like that again,” said Patrick “Plunger” Haynes, Outhouse leaseholder and the show’s booker. “At one point, we had a crew of naked guys throwing roundhouse kicks and demanding piggyback rides from everyone. I mean, there was junk swinging everywhere. I don’t even think they came for the music.”

The well-attended show quickly grew past the venue’s capacity of 75 shortly after the opening band, the Fornic8ors, began their set. “We’ve never played for this many people, let alone on a Tuesday night,” said guitarist Chad “Chud” Crowley. “And they were wild. That one really tall guy punched a bunch of holes in the ceiling. It was insane.”

Witnesses reported overflow from the show spilled into the parking lot of the 24-hour Arby’s across the street.

“[The lot] was littered with show flyers and half-smoked cigarettes from the night before,” said Arby’s night manager Andy Calhoun. “These kids went into our bathrooms and came out with freshly cut jean shorts, or left behind stickers and shitty zines about factory farming. I’m sick of cleaning up their mess.”

The show featured sets from locals Pollen Count, The Indianapolis Kvlts, and Ninth Circle, each with their own complications. Attendees later confirmed several bloody noses, an MRSA outbreak, four blown fuses, and a lack of small bills at the merch table.

“The toilet overflowed before the first band set up,” said showgoer Ellen St. James. “Venue bathrooms are always kind of gross, but this looked like you needed a hazmat team.”

Police reportedly responded to a noise complaint around 12:20 a.m., which only added to the disappointment.

“That was the worst part — the cops didn’t even hassle us,” said Haynes. “They just told us to keep it down and have a fun time. They actually fucking waved and smiled as they drove off. Fuckin’ pigs didn’t even pick up the guys lighting fireworks.”

Despite the setbacks, Haynes remained optimistic about the venue’s future. “We’ll definitely keep doing shows,” he said, “but from here on out, our flyers will say, ‘Do Not Ask a Punk.’”