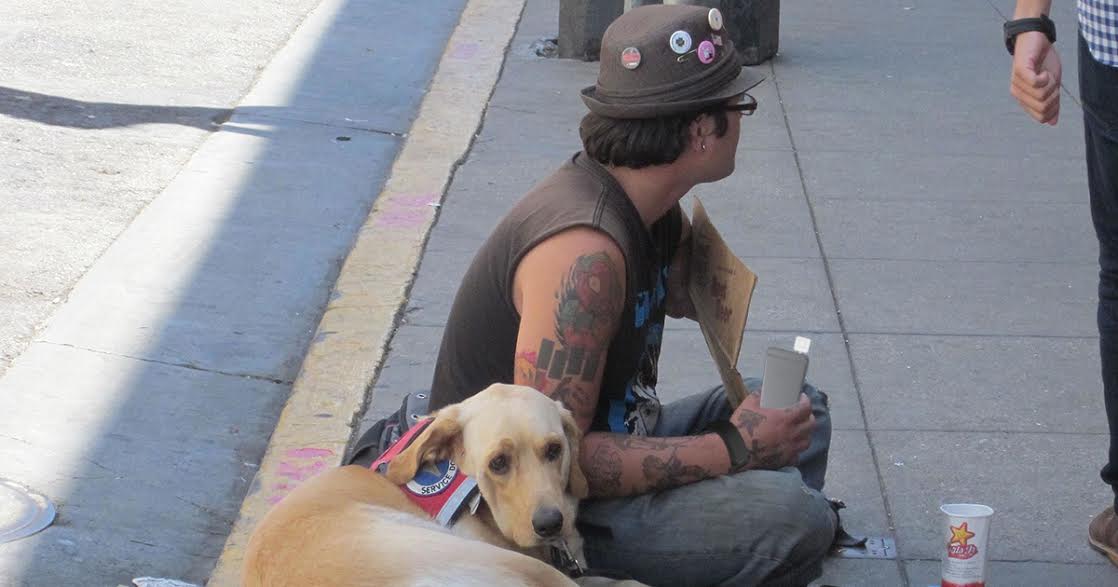 SAN FRANCISCO — Devin “Buggy” Baxter, a longtime panhandler in the Haight-Ashbury district of San Francisco, announced via cardboard sign that he will now be accepting donations via the mobile payment service Square.

“We live in a fast-paced, technology-driven world. I’ve always been an advocate of change, so I evolved,” said Baxter, iPhone 4s in hand. “I am here to disrupt the way people ask for cash. I know you might not have a dollar bill in your pocket, but I also know it only takes a fraction of a second to swipe your debit card so I can get a fucking burger.”

In a stunning display of self awareness, Baxter swatted away any criticism towards his high-tech method of begging for cash.

“This is San Francisco, baby. Go ahead and dig through any dumpster in town — these things are full of old iPhones. I even found a Google Glass prototype about four years ago; I sold it to some guy from Wired for a six pack,” said Baxter while glancing at his Fitbit. “He was such a sucker! That was a totally bogus piece of technology the general population is not equipped to understand. You are so much better off with a sixer of Schlitz.”

Neighborhood residents have had a mixed response to Baxter’s modern donation system.

“In the past, it was easy for me to just say, ‘Sorry, man, I don’t have any cash,’ but this guy totally ruins that. I get stuck donating a dollar to him every time I head out,” said Twitter engineer Tori Holcomb. “I’ve written many open letters to City Hall to hopefully get these types out of San Francisco. They are ruining this beautiful city I’ve called home since last December.”

Janine Hammond, who has lived on Page Street since the 1970s, said she is happy to see Baxter use technology to his advantage.

“I want to do my part to help people in need. I spent a couple years crashing on couches, so I know what it is like to not have stability,” said Hammond. “I always take the time to let him run my card, and bless his heart, he always asks me if I want an emailed receipt.”