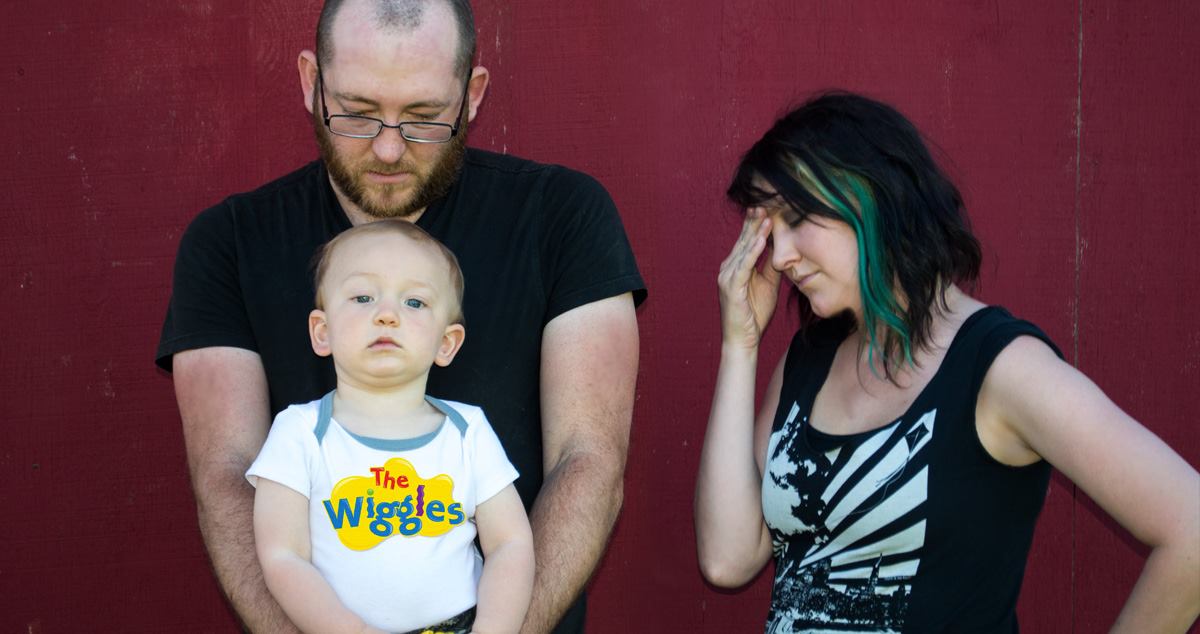 “It’s a fucking conspiracy, man. More government storm troopers forcing bullshit down our throats,” said the infant’s visibly aggravated father, Paul Melun. “When Isaac was first born we would play him Leftöver Crack, Aus-Rotten and shit like that, and he would sit there and love it. But last month, we got him vaccinated, and now he shows no interest in listening to Reagan Youth at all, but he sure as hell goes nuts for the songs on that poseur-fest, ‘Yo Gabba Gabba.’”

Despite overwhelming evidence that vaccinations are beneficial to society at large, the punk mother still believes the vaccinations were a mistake.

“I don’t know anyone who has ever had whooping cough, or rubella, or whatever other made-up diseases we are supposed to believe threaten our kids. But what I do know is that whenever we are in the minivan, the only thing Isaac wants to hear is The Wiggles… and I seriously want to drive off a bridge,” said Mrs. Melun while sewing a Misfits patch onto a onesie. “Although, Rubella would be a sick band name…”

“Anti-vaxxers,” as they are called, believe vaccinations have led to a rise in autism and other health issues, despite fierce opposition by medical professionals. Musical preference among children has not been proven to be affected by vaccines whatsoever.

“Most kids just don’t like loud, politically motivated music. It has nothing to do with modern medicine,” said pediatrician Laura Weinhorn. “Isaac will eventually develop different musical tastes and grow out of this phase. The parents, on the other hand, don’t seem like they will grow out of this at all… have they been vaccinated?”

Even though their child is only 15-months old, the Meluns have already decided on homeschooling in an effort to control their child’s musical exposure.

“We are his parents. We know what is best for him,” said Mr. Melun, lighting up a cigarette in the couple’s kitchen.

The Hard Times has launched a podcast network and Patreon page. Patrons get ad-free episodes, their name or band name in a Hard Times article, and even the chance to be featured in Hard Times photo on Instagram, plus so much more.