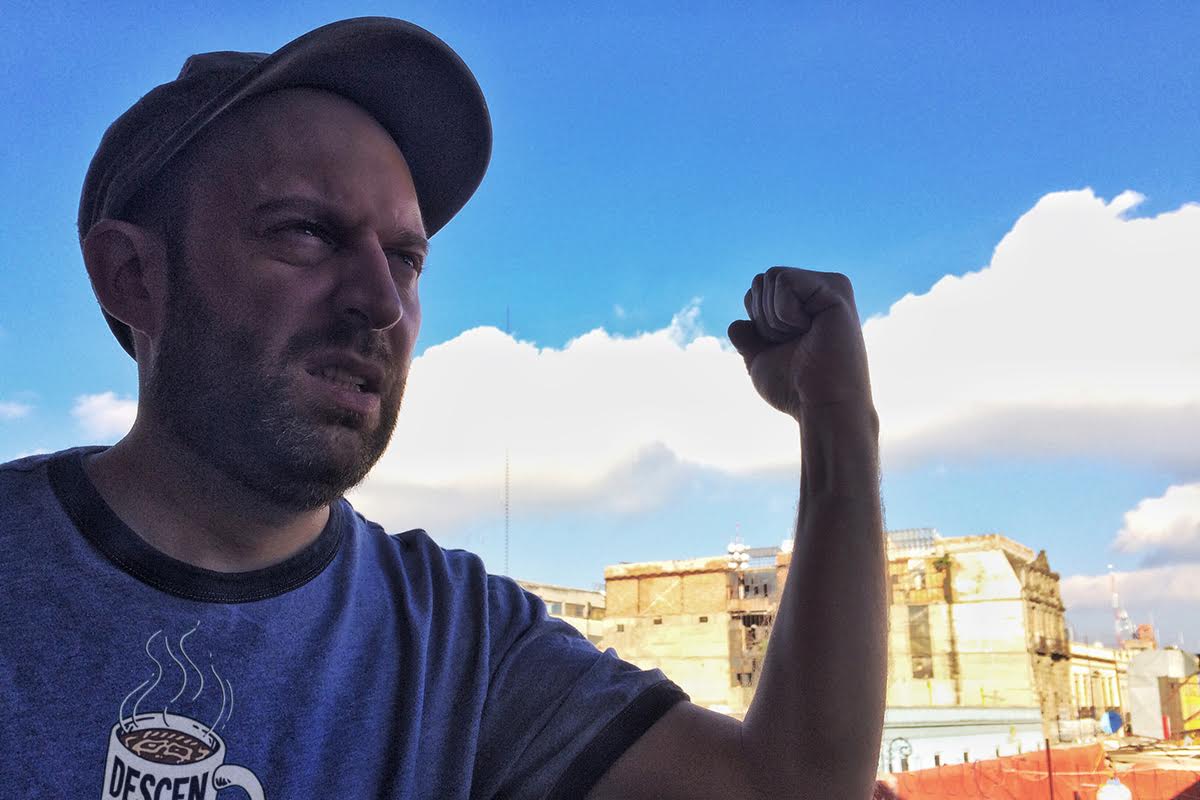 OXNARD, Calif. – Local punk Richard Clemmons, bored of railing against man-made systems and social structures, has embarked on a crusade against an oppressive weather pattern burning through Southern California this week.

Clemmons, who has been running SCANC (the Southern California Anarchist’s Club) at Oxnard College for the past five years, no longer feels the passion for any of his past activism, instead turning his attention to a more universal scourge.

“It’s like, you can only try to topple America’s hegemonic gender roles for so long until you realize that we’re all complicit in our own subjugation,” he said. “Plus, like, fuck this heat. It is 102 degrees when I wake up in the morning. I’m starting to regret buying only black clothing and patches now, and that sucks.”

The scorching heat has been a constant source of strife for Clemmons, whose struggle with sun goes back to a childhood family trip to Florida that resulted in a terrible sunburn.

“For as long as I can remember he has been very socially conscious. When he was 11 we went to the beach and he refused to wear sunscreen because it was tested on animals,” said Clemmons’ mother Amy. “He burned so bad and ever since that day he has had a personal vendetta against the sun.”

But when asked about his reasoning for protesting the sun, the younger Clemmons left out any reference to family vacations.

“Every day we fight to live life as a free people, but this star millions of miles away continues to beat down on us all and I am sick of it,” he said, raising one fist in the air. “The sun is a physical representation of oppression, and I will stand for it no longer.”

Sylvia Brian, a Psychology major at Oxnard College and classmate of Clemmons, admitted she didn’t quite understand if he was serious or not. “He seemed nice, until he raised his hand and started talking about how gravity is holding us down and that the sun is an autocratic ball of tyranny,” she said. “What he said was sort of interesting, but we were in an Early Childhood Education class.”

Clemmons shows no signs of slowing down his mission to tear down the patriarchy of weather. “Don’t even get me started on rain,” he said, his bottom lip trembling like an earthquake. “These are not rain drops! They’re shackles meant to bind us to a brutal system of injustice and water dependency!”