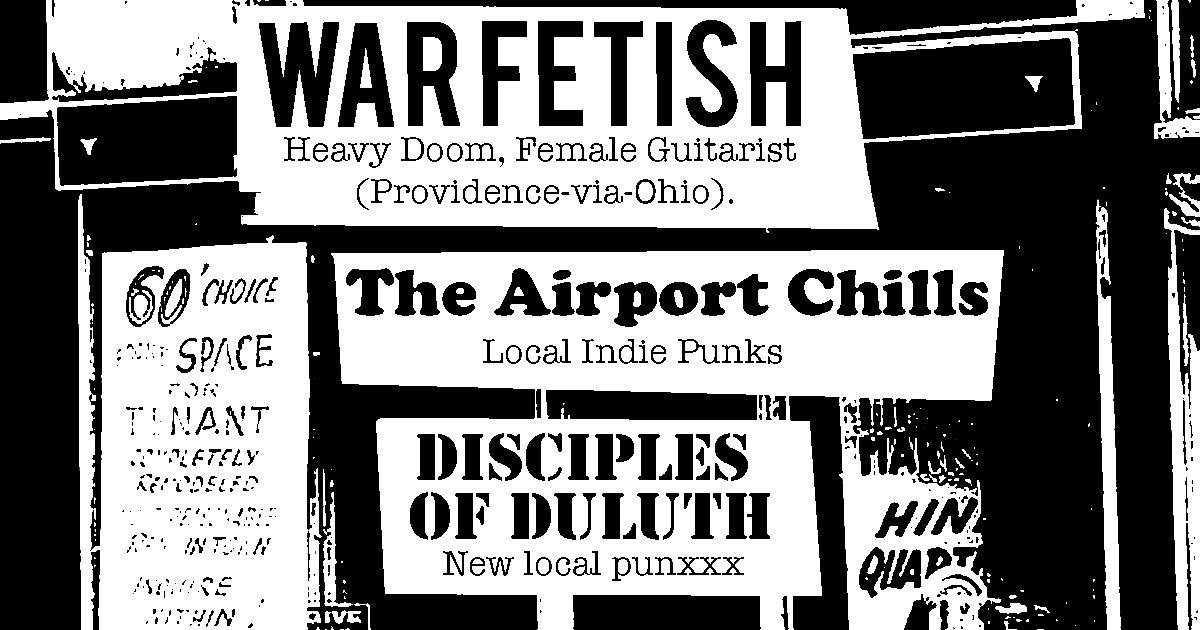 DULUTH, Minn. – A female musician will reportedly be performing next Tuesday at local house venue The Scum Funnel, according to a flyer attached to a telephone pole on the corner of Superior Street and Lake Avenue.

Originally thought to be a rumor, the flyer confirmed the alleged woman is set to perform with War Fetish, which it described as “Heavy Doom, Female Guitarist (Providence-via-Ohio).”

Numerous members of the Duluth DIY community voiced their excitement on hearing the announcement. “It’s so rad,” exclaimed local musician Richard Salis. “I mean, this scene has always been super inclusive, but for some reason there hasn’t really been a lot of girls coming out to shows. Hopefully this will help that.”

“Yeah, totally down,” agreed Mark Howitz, drummer of local indie rock group The Airport Chilis. “Weird that she’s playing guitar. Usually they’re the bassist. Not that there’s anything wrong with her playing guitar — I just figured she would be playing bass.”

However, some took issue with the flyer, as famed feminist author bell hooks took to social media to express her skepticism. “I fail to see how a flyer that reduces a talented musician down to their sex and tokenizes the one woman on a male-dominated lineup pushes the conversation forward in a meaningful way,” hooks wrote. “This act is nothing more than a ploy to mask the inherently patriarchal nature of DIY communities, projecting the illusion of inclusivity in order to further practices of dominance and oppression.”

“Sure, totally,” said Howitz when hearing of hooks’s comments. “But it’s still cool that she’s a woman, you know?” 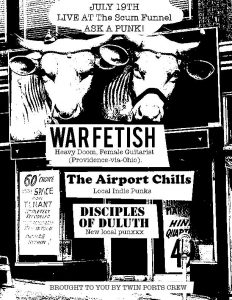 Still, the majority of people responding to the flyer have shown an overwhelming amount of support, according to those organizing the show. “I honestly didn’t think people we’re going to be this stoked, but it’s been great,” said show promoter and graphic designer Johnny Prettique. “Mostly because people got really pissed when Slowbot rolled through town and I put ‘Asian Drummer’ on the flyer.”