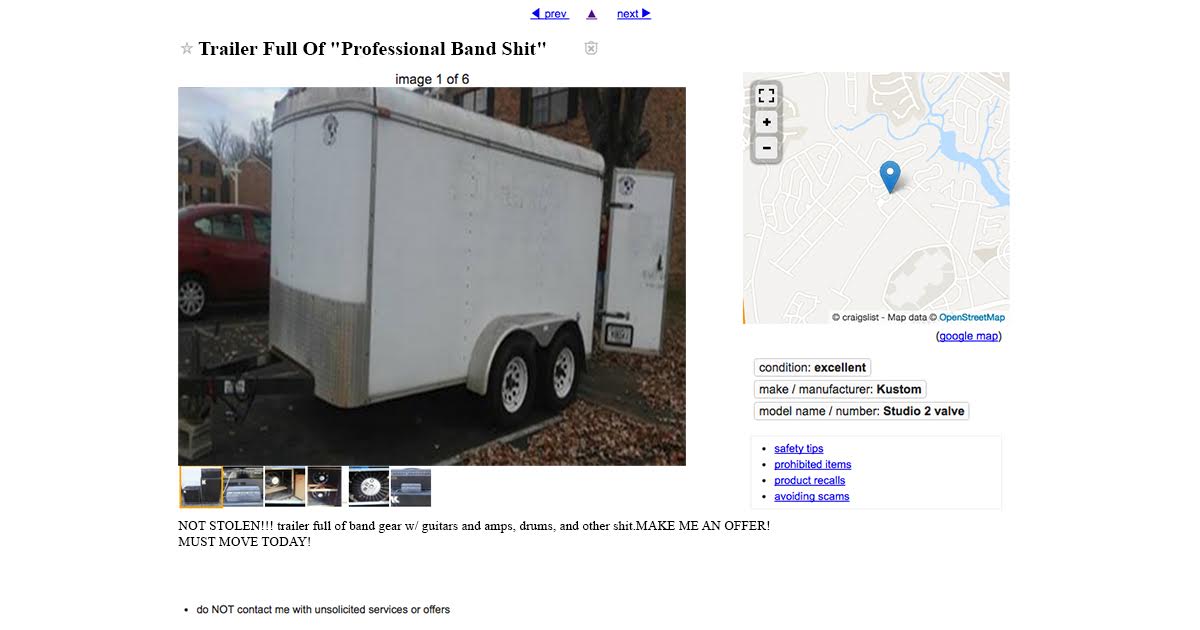 AUSTIN, Texas – A Craigslist ‘for sale’ ad sparked interest in the local music community earlier this week as one man, who is definitely not a criminal, claimed to be selling a collection of “professional band shit” for an unbelievable price.

“I do musics too, so I’m giving other musics people a good deal,” read the ad penned by “Big” Donnie Valentino. “This is pro gear, and I’m kind of a pro myself. I got some bigger boomers so I don’t need it now.”

“Yeah, man, I got all sorts of music shit,” Valentino said to one prospective buyer. “I got voice louders, bang cans, strummers, those big, four-string strummers, all different kinds of foot steppers and a whole mess of sound boxes. You name it.”

Many musicians remain skeptical of how Valentino acquired the equipment despite their eagerness to pounce on this deal.

“That shit is definitely stolen,” said singer/songwriter Mina Stepp. “The dude claimed to be a drummer or something, but he talked like someone who’s never even heard music before. For fuck’s sake — he called a mixing board a ‘volume bigger.’”

“You know, people like to talk and say I’m not a real musician, and I don’t appreciate that at all,” Valentino said. “I worked real hard to get all this band shit together. Or maybe I got it as a gift. What do you care? Look at this price!”

Some claim the biggest red flag was Valentino’s reason for selling the equipment in the first place. “Don’t ask any fucking questions,” the ad read. “And come alone.”

“Okay, if you want me to sweeten the deal, I will,” Valentino said after another potential buyer hesitated. “I got this trailer I can throw in. It’ll fit all that band shit, I’m sure of it. The lock on the back is broke so I’ll even knock a few bucks off.”

Valentino’s prices proved too good to pass up, as local ska band Skank ‘Em If You Got ‘Em became the new owners of Valentino’s prized collection.

“They looked like good kids,” Valentino said. “I hear they got a show next week so I’m gonna pay them a visit. It’s good to check up on your customers. Like I said — I’m a pro.”