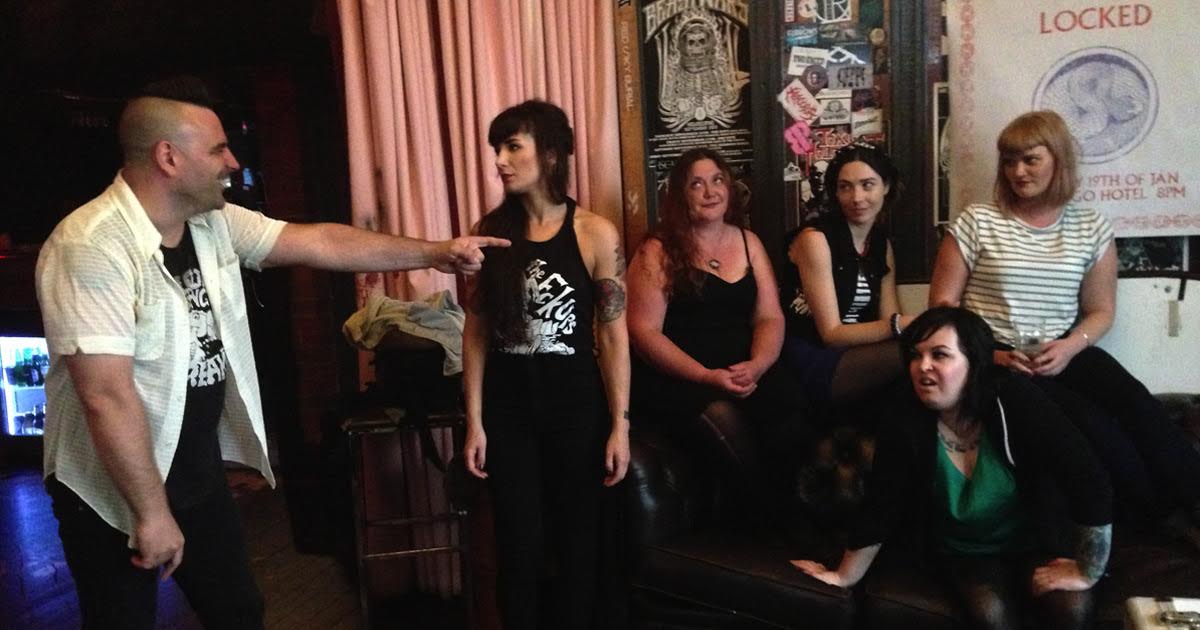 PEORIA, Ill. — With female-fronted hardcore bands rising in prominence in punk scenes across the U.S., empowerment of women in underground music has become a focal point of action for feminists and their allies.

Outspoken male feminist Jake Gallagher, however, finds the lack of female participation in the Peoria scene “shocking,” and is putting his foot down.

“This scene is so dominated by guys, it makes me sick,” said Gallagher, feet away from several women collecting donations for a homeless shelter. “Look at that mosh pit! Not a single girl in there; not a single girl even on the edge of the pit getting crowdkilled. That is unacceptable to me.”

Gallagher has allegedly been empowering women by pushing them to the front of the stage for sing alongs, and getting on his hands and knees to help women dive off venue balconies. “Look, I appreciate he seems cognizant that the hardcore scene is not immune to the same kind of sexism that pervades our society,” said local artist Denise Laggett, “but I twisted my knee playing basketball, and I don’t think I need to go off tonight. The last thing I need is to catch some sweaty teenager stage diving and risk re-injury.”

Gallagher, however, is determined to make the women around him more involved in the Peoria scene. “Whenever we’re playing shows with our band Brutal Force, he always hands the mic off to any girl he sees first… even if they aren’t there for the show or know the lyrics. He handed the mic to a female security guard last week,” said Fred Davis, one of Gallagher’s five male bandmates. “He’ll get off stage or go to the back of the room, or even head to zine or pamphlet tables if he has to. We don’t want any credit — it’s just a cool thing we do for women.”

Gallagher proudly confirmed his egalitarian attempts. “I will not stand idly by and let patriarchal excuses like ‘I’m not strong enough,’ or ‘Your band sucks,’ or ‘I don’t know the lyrics,’ or ‘Leave me alone’ fly anymore. Not on my watch.”

“If women won’t stand up and fight for their own agency themselves,” he added, “then by God, I’m going to fucking make them.”