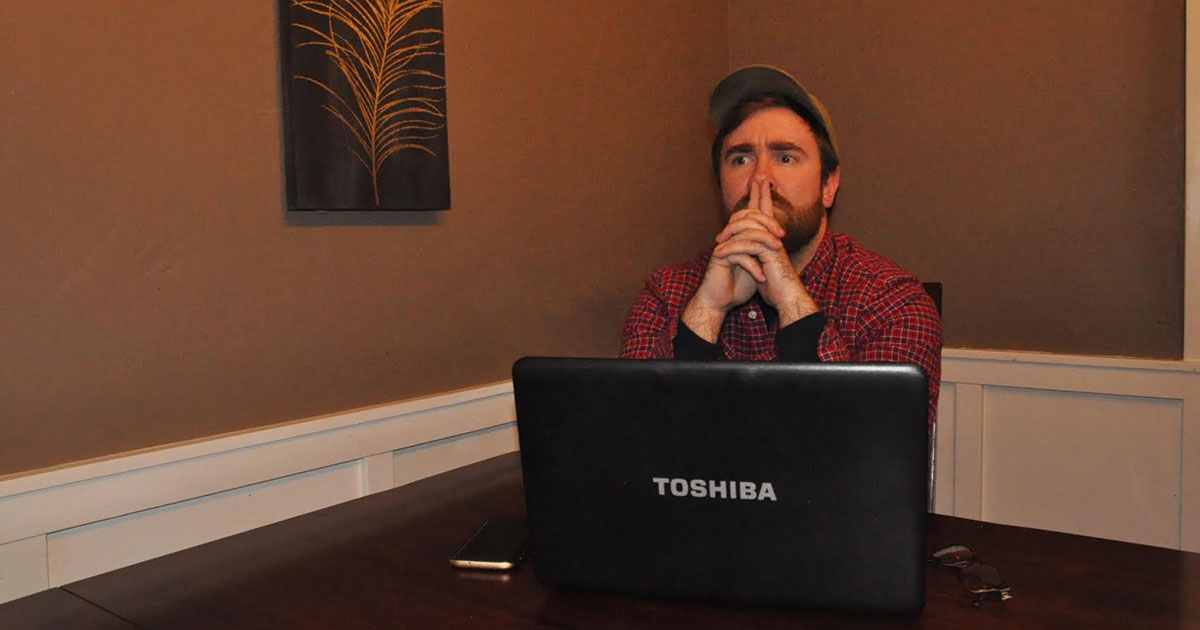 STAMFORD, Conn. — After a brief, failed attempt to participate in a social media trend, liquor store clerk Kurt Kruszewski made the stunning realization there are only nine albums he listened to as a teenager, or ever.

Krzyzewski, whose yearbook quote reads “Music is my life, life is music,” came to the epiphany late yesterday evening while trying to compose a Facebook post of his ten favorite albums from his formative years in no particular order.

“At first I was thinking ‘God, this is gonna be tough, how do I narrow it down to just ten?’ Then I typed Energy by Operation Ivy and honestly could not think of a single other album by anyone for at least five minutes,” said Krzyzewski.

Puzzled by his seeming inability to even name ten albums that exist, Krzyzewski, who has always described himself as a “shamelessly pretentious music fan,” resorted to looking through his expansive record collection.

“There were literally dozens of copies of the exact same albums just taking up space,” he admitted, “that really threw things off. Anytime I see a copy of something I like I grab it in case it’s in better condition than mine. Plus alternative covers and foreign copies. Lot’s of boxed sets I’ve never opened. Jesus, who am I?”

Left to ponder the reasons for his sparse music collection, Kruszewski arrived at several other realizations.

“I have not actually met a new person since 2006 now that I think about it. I mostly just listen to podcasts these days. I don’t go to shows much anymore, and when I do I just get drunk and complain that the band sucks,” said Krzyzewski, sinking deeper into depression. “The only person I know who actively tries to expose me to new music is my pot dealer but it’s always reggae and I don’t really like reggae.”

The social media experiment has left Krzyzewski feeling downtrodden and unable to process his musical past, reports confirmed.

“I used to think I had this incredibly vast knowledge of music, it was like the cornerstone to my identity but now it turns out that identity only consists of exactly nine albums. Is nine albums even a real person?!” said Krzyzewski.

As of press time Kruszewski has downloaded over 120 gigabytes of licensed music illegally in hopes of expanding his horizons.