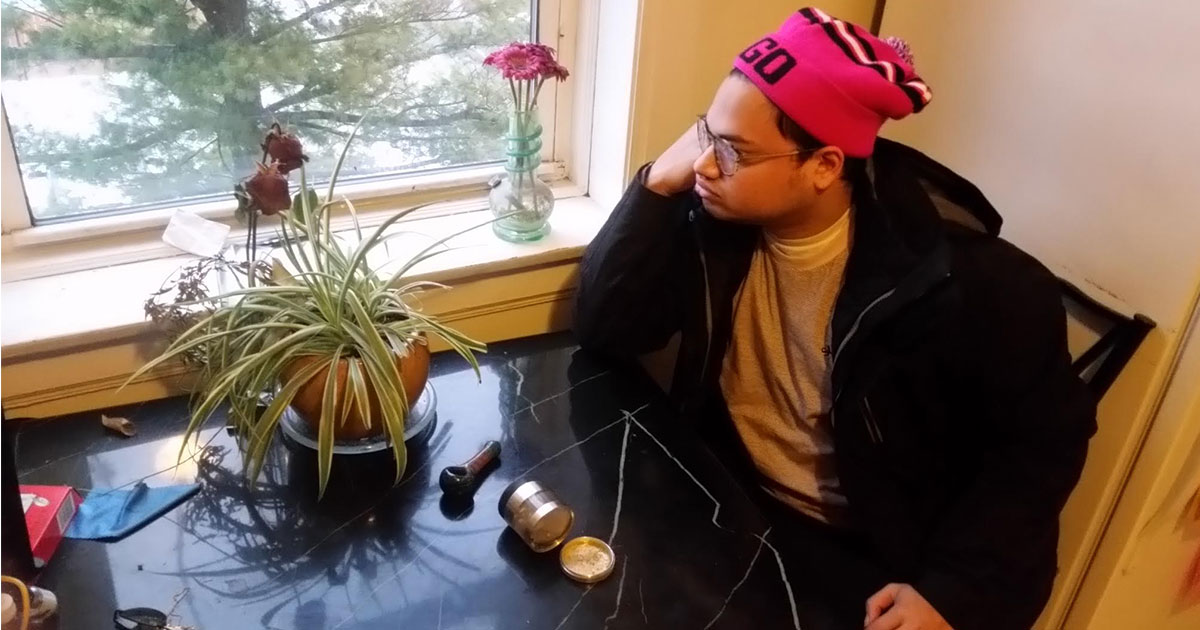 DENVER — Local resident Dan Biez confirmed a leaked financial report earlier today, disclosing that the kief catcher on his marijuana grinder, which accumulates small amounts of resinous cannabis through a mesh cap, is the closest thing the 32-year-old Lyft driver has to a savings account.

“I probably made my first contribution back in July,” Biez told reporters after pausing Skyrim. “I just got to a point in my life where I had to face facts and think about the future. I wish I would have started doing this when I was younger, but, hey — better late than never.”

Biez claimed that even though he may have “got into the game a little late,” it was still the right time to begin planning for his future. “Things were going really well for a while there in the beginning,” he said. “My roommate was able to match my contributions, which led to some impressive gains via mutual funds in the third quarter of this year.”

But, despite his optimism, Biez stressed the overall unpredictability of investing. “Make no mistake,” he said, opening his second bag of peanut butter pretzels. “It’s a volatile market. You’re going to have those long stretches of time where you wonder if your returns are even worth the capital.”

His advice to potential savers? Come up with a plan and follow through. “Stay on track,” he said, spraying a liberal amount of Ozium throughout his apartment. “Believe me — I know it’s tempting to withdraw and treat yourself, but don’t lose focus. My plan, for example, is to use my dividends for a batch of dope-ass brownies.”

“One last thing — and I can’t stress this enough: diversify,” Biez added while scrolling through Adult Swim’s YouTube channel on his phone. “I can’t tell you how many investors I see who just stick with their favorite strain and never differentiate from it.”

At press time, Biez was peeling the label off a rinsed-out jar of tomato sauce to transfer his earnings into something a bit more secure.