Kid in Carcass Shirt a Little Too Good at Frog Dissection 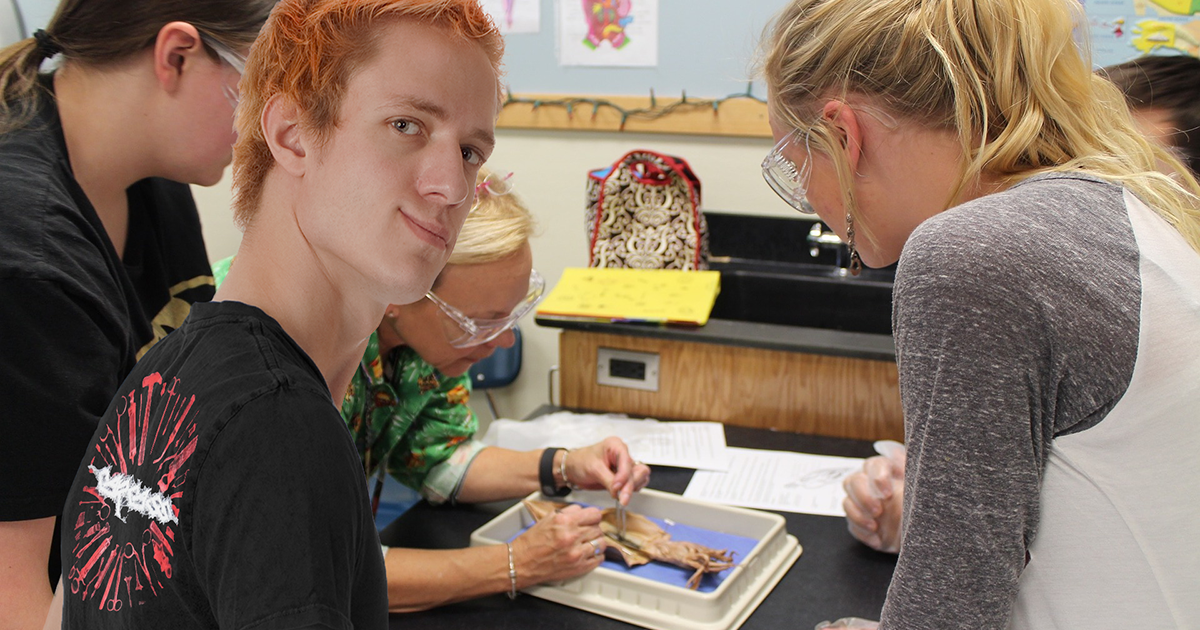 ANCHORAGE, Alaska — West Anchorage High School student Bobby Logan, known locally as “that kid in the Carcass shirt,” stunned his peers in biology class earlier this week with his proficiency in dissecting a frog, according to concerned teachers and fellow students

“He really just went to town on the thing. He’s never shown any interest in science before today. Last week,  when we were discussing the Linnaeus method he basically passed out and I had to give him detention,” said the 16-year-old’s biology teacher, Byron Hayes. “But he’s an ace when it comes to dissection. Before I could tell him how to determine the frog’s sex, Bobby already identified the spinal nerves in his own frog. This was both impressive and alarming.”

“Bobby is someone to aspire to be… aware of,” Hayes added. “I just want the students to know he’s here, and, you know … ‘Hey! Look what he can do!’”

Logan, sometimes also known as “that kid whose Carcass shirt must be in the wash,” expressed a newfound passion for studying biology following the class.

“Mostly, I thought bio was boring as fuck. It’s just a bunch of wretched garbage that I can’t use in the real world,” said Logan whose eyes were still transfixed on the dead frog. “But when I saw the lifeless acquiescence of that amphibian’s face as I pierced its chest cavity with my shimmering scalpel, I knew there was something to this.”

Witnesses claimed Logan, who, according to teachers and school staff, could not have attained this knowledge earlier in their curriculum, showed an “unnerving knack” in his methodical operation on the dead animal.

“Bobby is no stranger to me. I’ve paid close attention to him ever since he called Mrs. [Janice] Winston a ‘festering pile of purulent meat,’” said Darryl Ferguson, the lead West Anchorage student counselor. “I know for a fact we don’t use that phrase in any English class taught here. Frankly, it’s been getting worse all over. Last year we had to ban a student from using hammers in shop class. No surprise, it was the student who always wore a Cannibal Corpse shirt.

Now inspired, Logan has begun offering his own ideas to improve future classes.

“What if the class after us has to put the frogs back together again?” Logan proposed. “Like some macabre, putrefying jigsaw puzzle of cold flesh. That’d be dope.”