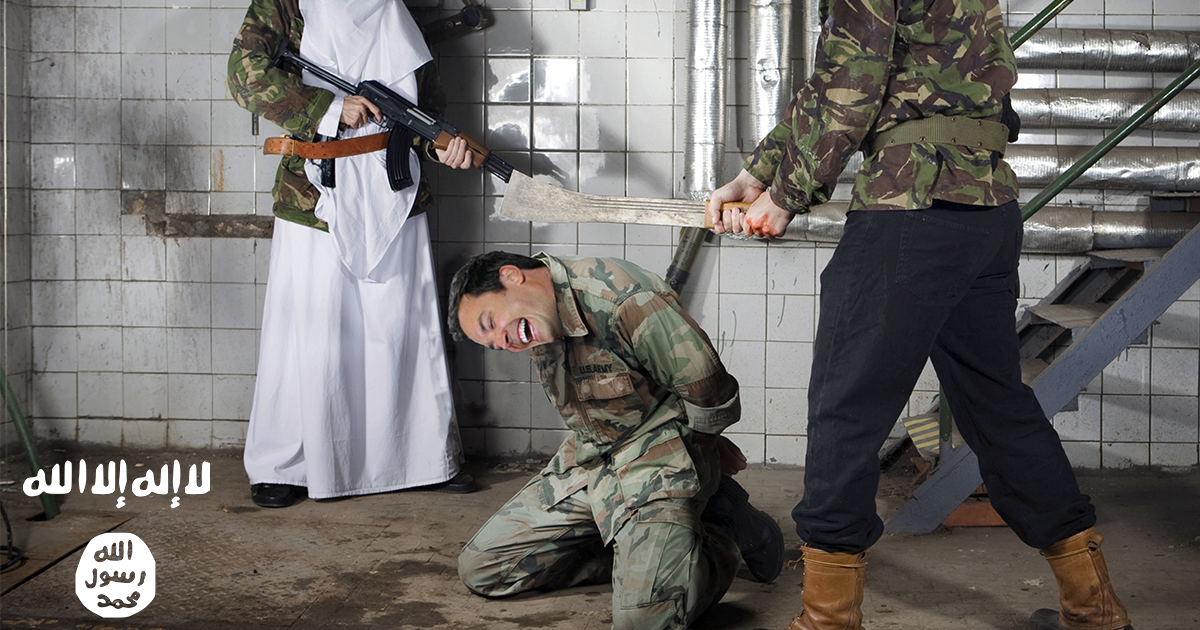 RAQQA, Syria — ISIS claimed responsibility this morning for a graphic video documenting the beheading of late-night talk-show host Jimmy Fallon, in which the television star continually laughed throughout his own execution, according to a military spokesperson.

While the circumstances leading to Fallon’s abduction remain murky, the ISIS militants featured in the video spent several minutes explaining their choice.

“His personality is insufferable, and his current excuse of a late-night show perpetuates the vacuous worship of celebrity and commercialism that has doomed the American empire to die a thousand deaths. Also, Abu Bakr wanted us to mention that he misses Letterman,” recited a man brandishing an AK-47.

While the full, original video was quickly removed from YouTube, the footage still circulating the internet on websites like 4chan and reddit shows a kneeling Fallon laughing hysterically at every line delivered by the ISIS soldiers.

“This is exactly what we’re talking about, right here. This clown’s inability to keep a straight face ruined half of the episodes during his SNL years,” claimed the man wielding the sword before beheading Fallon. “I mean, come on. This isn’t the first time you heard the joke. There is, at the very least, a table read and a dress rehearsal. Just be professional and deliver your damn lines, you American swine.”

The moments immediately following his decapitation have generated significant buzz in the scientific community.

“It’s not unheard of for a severed head to briefly twitch immediately after, but I’ve never seen one laugh and say, ‘Oh, my gosh — these guys are too much. Gotta love it!”’ said Dr. Lauren Segel, a specialist at Johns Hopkins University. “As gruesome as it was to watch, his laugh is pretty infectious. My mother loves when he does that ‘Slow Jam the News’ bit, but I guess that’s done now.”

Fallon’s former SNL cast-mate Horatio Sanz expressed concern for his own safety following the release of the video.

“First of all, I’m heartbroken over the loss of my friend, Jimmy — good guy. Second, I’d just like to point out that it’s OK to break every once in awhile when you’re doing sketch comedy. But Rachel Dratch probably broke more than me, if anyone’s keeping score,” said Sanz.

Sources close to Fallon’s family claim they are consoled by the number of views the video has already received.