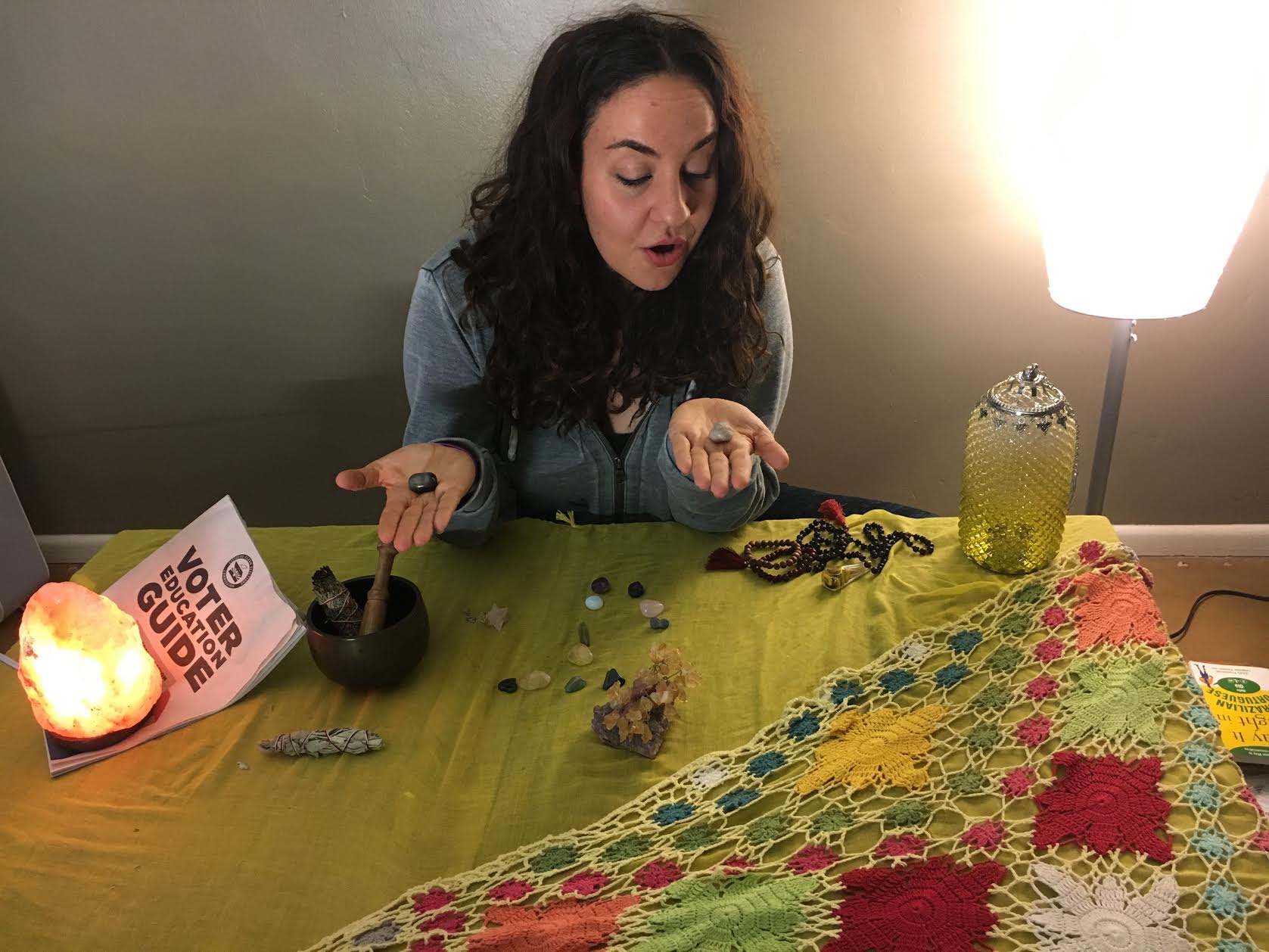 PORTLAND, Ore. — Fed up with the traditional two-party system, local voter Skye Applebaum cast her vote for Green Party candidate Jill Stein in the 2016 U.S. Presidential election by softly whispering into strategically laid out crystals on her k›itchen table.

“Please, universe. Give me strength in casting this ballot,” said Applebaum, before quietly whispering “Jill Stein” into a chunk of rose quartz purchased during a recent trip to San Francisco.

Witnesses report Applebaum then blew on her alexandrite, rang a bell, and said, “My ballot is cast,” followed by 25 minutes of meditation.

“I know Hillary’s the best choice for defeating Trump, but I just don’t think Trump will affect me that much,” Applebaum later said while alphabetizing her essential oils. “Jill Stein just feels like the better choice for my soul. I’ve never voted for the person I thought had the best policies — I vote for the person with whom I feel the deepest spiritual connection.”

All over the country, Stein voters are finding unorthodox ways to cast their ballot. One voter in Brooklyn allegedly stood on his roof with wind chimes and shouted Ms. Stein’s name towards the sky, while in Atlanta, tragedy was narrowly avoided when a Stein supporter lit incense inside the voting booth, igniting the curtain.

“[The meditating voters] shouted that ‘licking envelopes was unnatural,’ so they had no choice but to vote in person,” said prospective voter and witness Angela Baker. “I was late getting back to work because they took forever. I don’t get why it takes them so long to throw their vote away.”