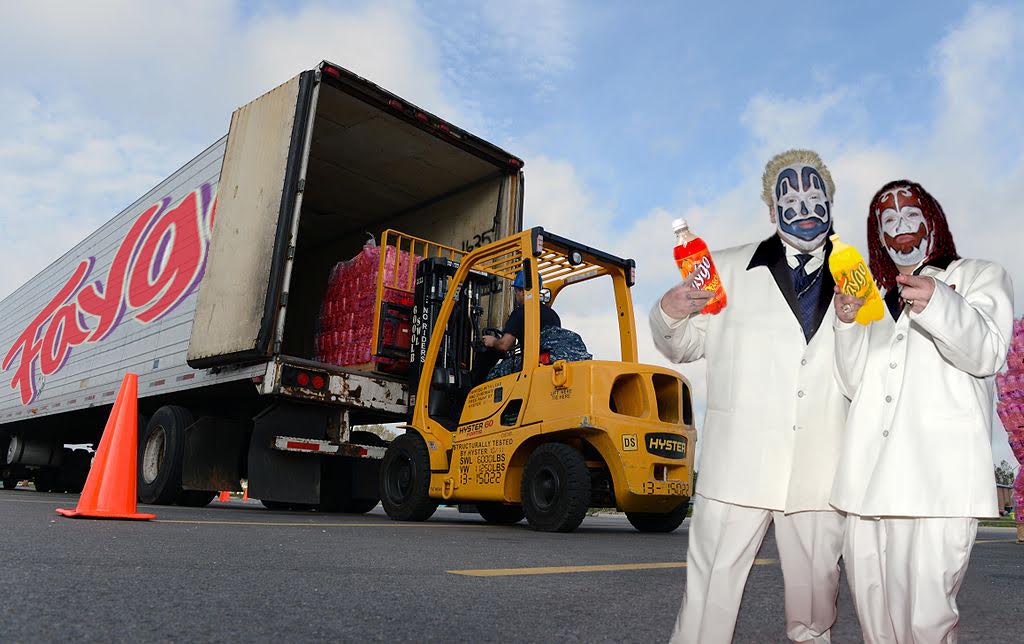 The generous donation follows a week of national attention on city and state leaders due to the unhealthy conditions and crumbling infrastructure of the city’s public water supply. Flint, once a hub for commercial automobile production, has seen steady decay in part from the collapse of the American auto industry, continued mismanagement of city services by government, and what analysts have labeled “a massive deficit of mad, mother-fucking wicked clown love.”

“In Flint, water bills average around $140 a month, and we just can’t fuck with that,” rapper Shaggy 2 Dope said during the highly-publicized announcement. “Paying that much for water that isn’t safe for your children to drink? Nah, son. It’s wack.”

In the wake of the Flint water crisis, most criticism has been aimed towards Gov. Rick Snyder, accused by many of corruption, negligence, and “not being down with the clown.”

“Yo, Snyder’s fucked. So we just wanna give everyone something a little psychopathic in their lives,” continued Violent J, Insane Clown Posse’s co-founder. “That’s why we’re hoping all y’all hatchet-swinging Juggalos and Juggalettes in Flint switch over to this dope-ass Faygo until this crisis is over, and encourage your loved ones to do the same. Woop woop!”

The group’s label, Psychopathic Records, confirmed that over eight different flavors would be made available to the residents of Flint, including Cotton Candy, Moon Mist Blue, and even Diet Rock ‘n’ Rye.

Melinda Parker, a resident of Flint for over 25 years, had mixed feelings about the generous donation.

“I think it is really nice that they did this, but our children have already consumed enough poison and I don’t think some generic soda drink is going to make our lives any better,” said Parker, loading a 24-pack of Sparkling Cherry Faygo into her kitchen. “We have been through enough already. I really don’t want to have to shower with this stuff.”

Photo by Shutterstock and US Navy.