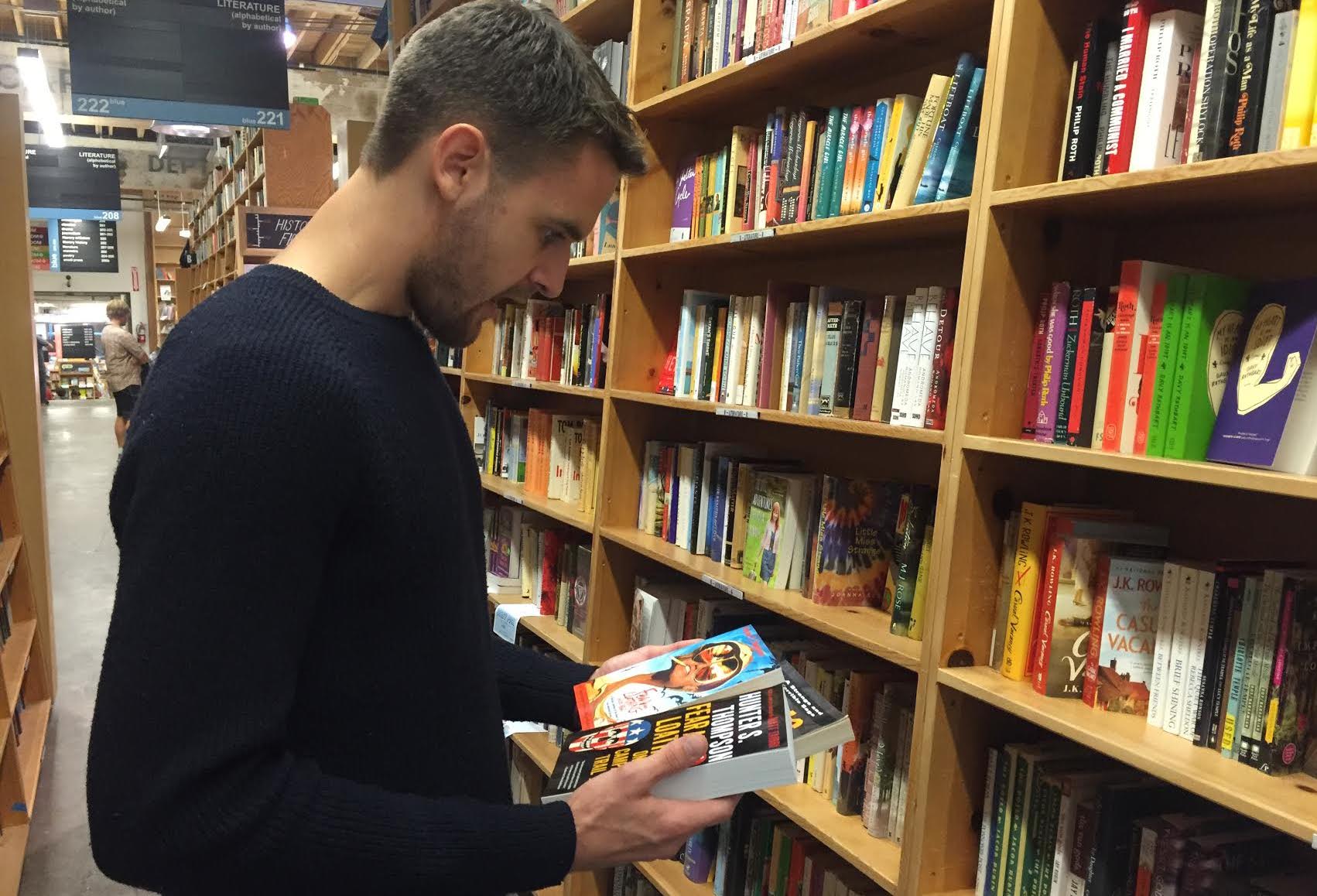 “Yo, I have seen Fear & Loathing, like, a hundred times,” he said, pulling off his aviator sunglasses. “No joke! I own two copies of the Criterion edition and I’ve gone as Raoul Duke for Halloween for four years in a row. Who knew it was based off of a book?”

The 22-year-old Bachmann found the sacred tome while searching the “Alternative Lifestyles” section for a book on growing your own cannabis. “At first, I thought it had to be the screenplay,” a frantic Bachmann explained. “But, no, dude! There’s a whole book of this!”

Bachmann, who friends say has modeled his entire life off of Thompson save for the journalist’s work ethic and loyalty, couldn’t believe his luck, quoting the 1998 Johnny Depp vehicle Fear & Loathing In Las Vegas in earnest while recounting hours spent watching videos of Thompson on Youtube.

“I have done every drug in existence. I drink & drive, I harass innocent laborers, I randomly fire off guns in my backyard, and I even started smoking,” Bachmann said, chewing on a plastic cigarette filter he purchased online. “The guy is an American hero — I can’t wait to read his stuff.”

The fanatic, sporting a sleeve tattoo of Ralph Steadman-style bats under a “Bat Country” banner, was quick to purchase all Thompson books he could find in addition to Fear and Loathing in Las Vegas, including Fear and Loathing on the Campaign Trail ’72, Fear and Loathing at Rolling Stone, and Gonzo Papers, Vol. 4: Better Than Sex: Confessions of a Political Junkie. “I hope I don’t have to read a prequel or something… is it a saga? Oh my god, HBO should turn it into a show!” Bachmann shouted before ever opening the book.

In a follow-up interview weeks later, Bachmann admitted that after reading Hell’s Angels and part of The Rum Diaries, he returned to Frank Herbert’s 1984 best-seller Heretics of Dune, which he’d started in November 2015. “Honestly, he did, like, no drugs in the books, and just rattled on about politics,” said a dejected Bachmann. “He should just stick to his first career as a… what would that be? Performance artist? Professional loose cannon?”

Bachmann’s friends reportedly have yet to tell him that Thompson has been dead since 2005.