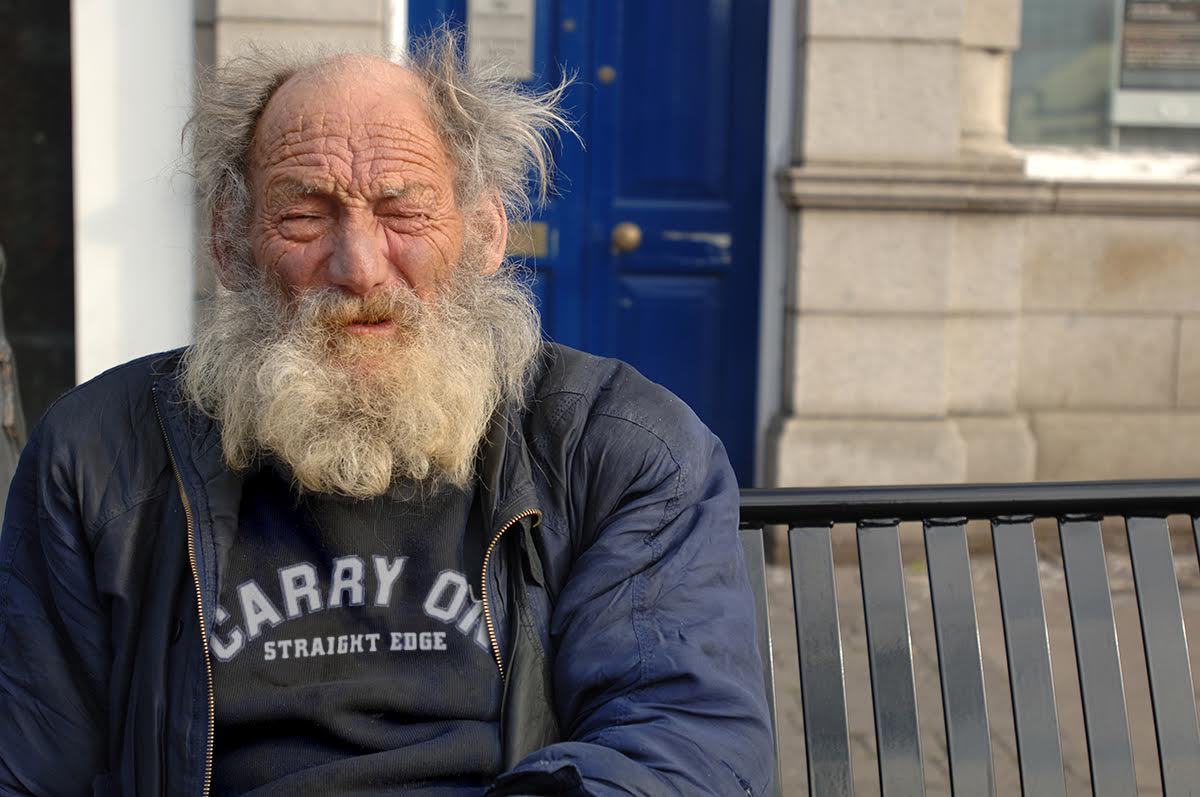 O’Malley immediately consulted hardcore message boards to get an accurate assessment of how much the shirt may be worth.

“I couldn’t believe it when I saw it. It was the classic ‘Carry On Straight Edge,’ which I think could fetch, like, $200 on eBay right now,” said O’Malley. “I am sure it’d clean up OK. The guy looked like he was in pretty bad shape, and when I pointed at his shirt and said ‘fuck yeah,’ he called me a ‘secret illuminati death sceptre,’ but, still — there were barely any stains on it.”

For Mary Collins, the head of Boston’s homeless outreach program, finding hardcore merchandise on vulnerable communities is no surprise, and part of a growing trend.

“‘Breaking edge’ is a rite of passage for a lot of hardcore kids, and when that happens the edge-breaker basically has two options: publicly attempt to sell one’s rare and limited straight edge branded merchandise for monetary personal gain, or donate them in shame. When we get trash bags filled with old straight edge band shirts, we know you didn’t grow out of them,” said Collins, sorting a pile of recently donated clothing. “We encourage all edge breakers to donate their clothes because not only will you help a person in need, you are going to want that good karma. Trust me.”

O’Malley could be seen a block away keeping a close eye on the homeless man.

“I bet if I went up to him and explained what ‘straight edge’ means and that I really like the band he would probably just give me the shirt. He shouldn’t be seen drinking while wearing it. What will people think?” said O’Malley as he paced back and forth. “I heard a guy got $400 for an ‘AN’ American Nightmare hoodie after trading a few slices of pizza with another homeless guy. That could be me.”