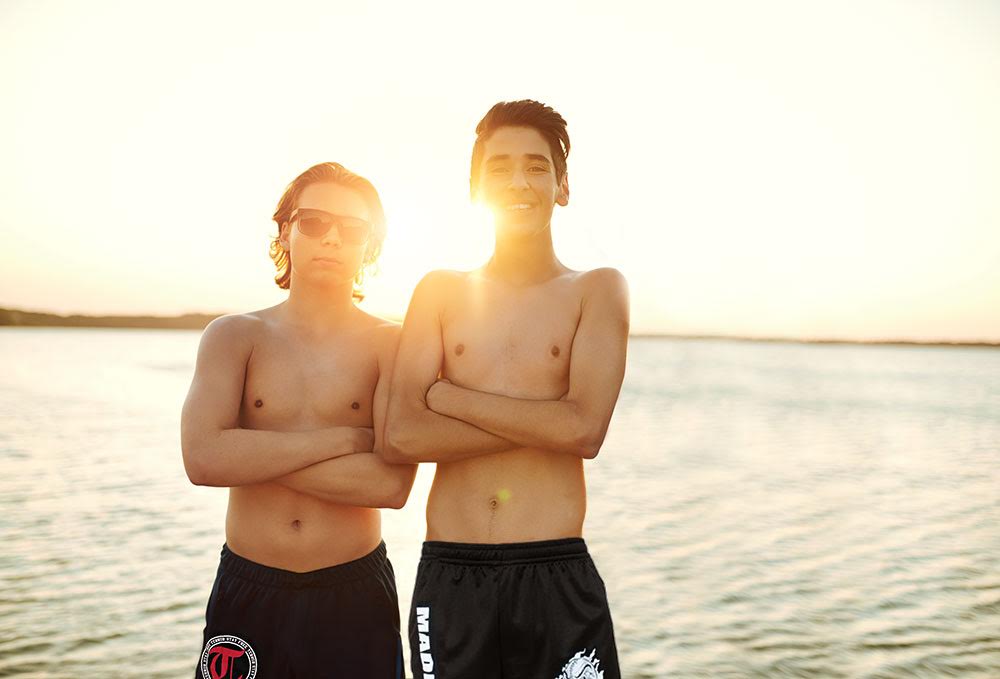 OUTER BANKS, N.C. – When Kevin Weaver’s parents told him they’d planned an early summer vacation to the beach, he never expected to make a lifelong friend in a fellow hardcore kid, let alone over his “Thick as Blood” jersey.

After their last vacation to a cabin in southwestern Virginia, where the family of four had a huge blowout over what music to listen to while playing charades, Weaver was skeptical he would enjoy himself this time.

“My mom is totally a drag, and I always have to watch my little sister and get stuck playing boring games. Sorry that I don’t want to build another sand castle or listen to ‘The Best of Genesis’ for the 40th time,” said Weaver while packing.

Weaver’s perspective changed on the second day of the trip, when he spotted another family’s blanket set up next to them on the beach, complete with another young man wearing exclusively band merch.

“I thought I was going to be the only guy in screenprinted gym shorts stuck with his family. Then I saw this dude that was like a mirror image of me. In my head, I was like, ‘I have to talk to that guy,’” said Weaver, unable to contain his smile.

Marc Gibson, also on vacation from Maine, gave Weaver an upwards head nod, a universal sign of respect. After some additional awkward gestures, including a wave from the hip and a friendly scowl, they introduced themselves to each other and a special bond was formed.

“Yeah, Kevin seems cool. When we met on the beach, he asked if I went to shows, and I was like, ‘Yeah, I go to a ton of shows. I have seen Terror, like, six times,’ and, yeah… we really hit it off,” said Gibson. “It’s great to have someone to talk with for the next two days. I was going insane just hanging with my family.”

Both young men agreed that this was the best vacation they could remember and vowed to keep in touch and meet up at the next United Blood festival. “He’s like the brother I never had,” Weaver remarked.

UPDATE: Since returning from their respective vacations, Weaver is disappointed Gibson is no longer replying to his Snapchats.