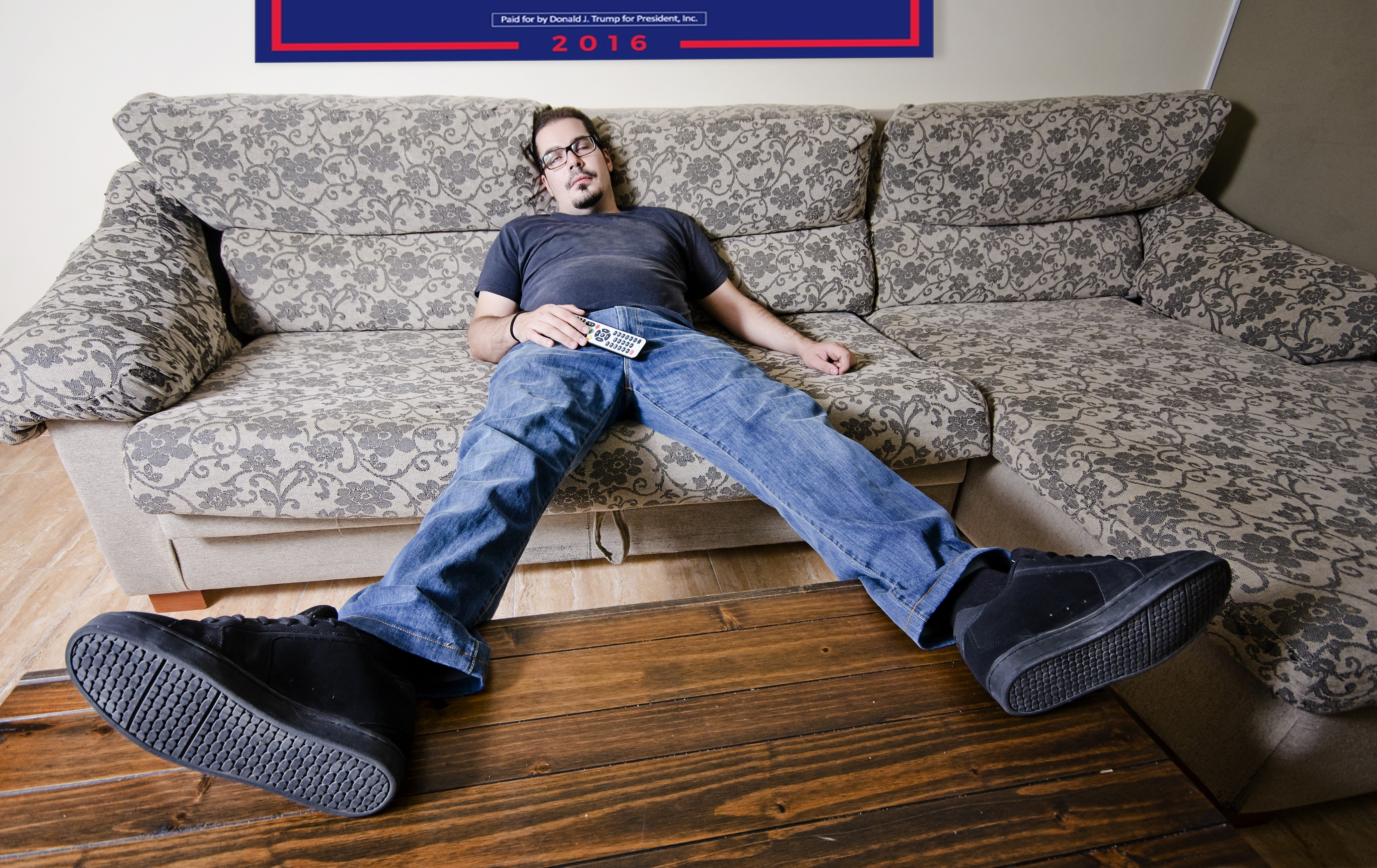 NEW YORK – Pending the outcome of Tuesday’s election, Staten Island resident and local hothead Kevin Esposito vowed to move to another country if his candidate loses, despite having never left his New Dorp neighborhood.

Co-worker Maria Santoro remained skeptical. “I asked Kevin if his passport was up to date, and he answered, ‘Oh yeah, I gotta look into that,’” said Santoro, who added, “I don’t really know what country he’d actually want to go to. I’m pretty sure they instituted cultural sensitivity training here because of him. Ever try to order lunch with the guy? Forget about it.”

“I will be so gone,” Esposito later declared, packing his gym bag with clothes, a toothbrush, and twenty ration containers of microwavable macaroni & cheese. When asked about instead sampling the cuisine of his undetermined homeland, the 29-year-old warehouse associate reportedly shrugged, then grabbed a half-eaten package of Double Stuf Oreos. “I’ll figure it out when I get there,” he claimed, folding one of his Scarface movie posters for his foreign relocation kit.

Although Esposito allegedly also packed his Xbox One, it is unclear if he has the necessary voltage adapter, since he has not chosen a new home yet.

Neighbor Seth Pompan pressed Esposito to determine which country the amateur DJ would ultimately make his home. “I was real curious,” Pompan said, shaking his head, “but Kevin just stared blankly for some time, then said, ‘I don’t know. Anywhere, as long as they don’t eat dogs, and the country sells spaghetti.’”

Esposito’s landlord and mother, Roberta Esposito, admitted, “Kevin is becoming a nice boy, but he doesn’t think things through.” She added, “Hey, can any of you tell me where all my Easy Mac went? I just did a Costco run, and now it’s gone!”

“I am pretty sure he said the same thing in 2008, and again in 2012,” said Samir Patel, Esposito’s warehouse supervisor. “You know what? Good riddance.”