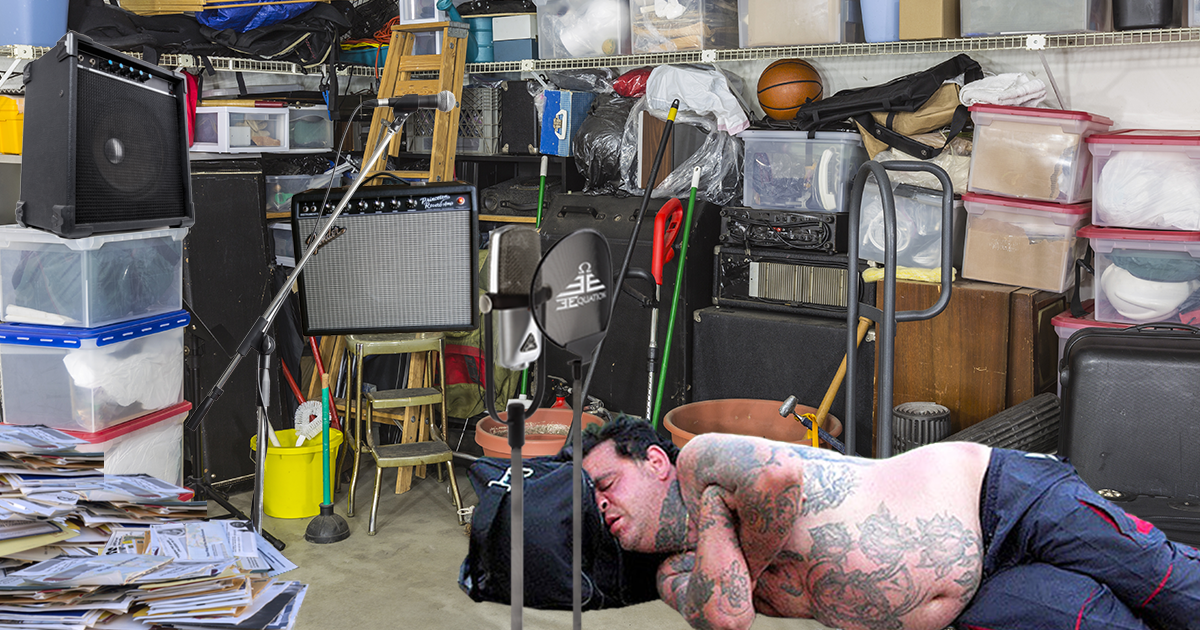 SHEBOYGAN, Wis. — Up-and-coming hardcore band Fistface are unsure what to do with a guest vocalist who has grossly overstayed his invite to their studio, according to reports from the recording session.

At 72 hours and counting, the band “seriously regrets” inviting Chuck “Rattlesnake” Russell to be on their album, and has no idea when and if their complacent guest will ever take the hint and leave.

“He did his verse and just hung out in the studio, even though we were busy and nobody was talking to him,” said bassist Rod Pauli. “Then he said he wanted to do guest vocals on every song on the record. We thought he was fucking around, but next thing I knew, he was back at the mic.”

Other members were equally unnerved. “It would be one thing if he was spitting some real fire, but honestly, we only invited him because somehow he’s a big deal in the scene,” said drummer Vince Rana. “I had a full box of Gushers and someone ate them all. Well, I know it was Chuck, but he won’t own up to it.”

Making a bad situation worse, once Russell realized the studio was actually Pauli’s mother’s garage, Russell allegedly lost all sense of urgency, even after the rest of the band left for the night.

“I never should’ve invited a dude named ‘Rattlesnake’ to my mom’s house,” said Pauli. “He’s been here three days. It’s like a nightmare sleepover, and his mom is never coming to pick him up.”

Pauli’s relatives are increasingly concerned about their unexpectedly long-term guest. “Well, he’s certainly unique. But why is he getting mail sent here? Was he planning this? He seems to have a lot of credit card debt,” said Deborah Pauli, who for the first time is worried her son Rod is involved with “the wrong crowd.”

As Russell ingratiates himself, some members of Fistface find themselves making more and more sacrifices to accommodate him. “I don’t even live there anymore! But I can’t leave until I’m sure he’s gone,” said Pauli. “I wouldn’t be surprised if he tries stealing my mom’s laptop.”

At press time, Russell was last heard asking about the “food situation” at Pauli’s sister’s wedding, scheduled for next month.