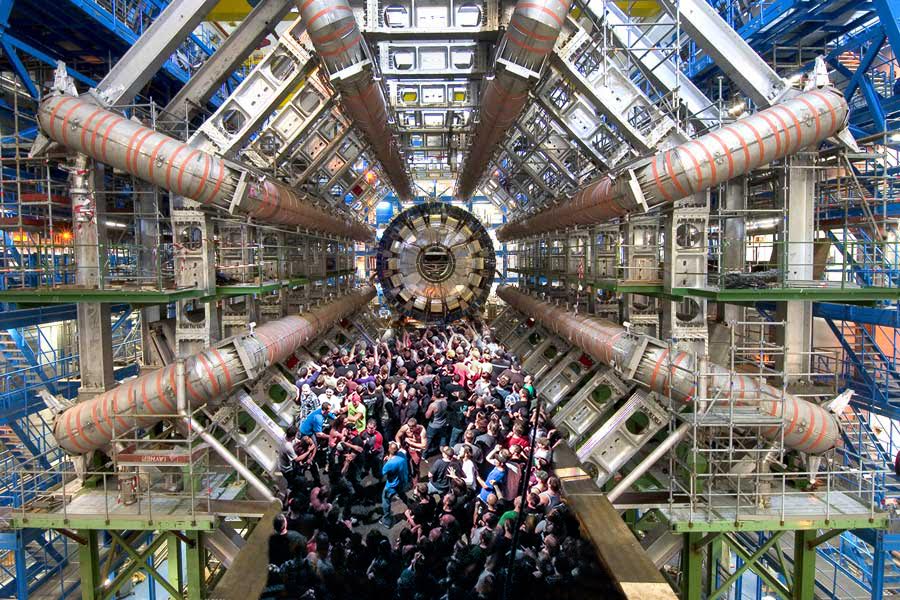 GENEVA – A team of scientists at CERN’s Large Hadron Collider are still cleaning up the mess today after experimenting with a massive circle pit within the inner chamber of the particle accelerator, which severely damaged sensitive equipment but gave researchers no new insights about the Higgs boson particle.

“They got us super wasted and put us in this big-ass can, then some lights came on and this crazy music started playing and someone starting yelling over the speakers, ‘Fuck this place up, cut the shit, start the pit,’ and all this other goofy stuff, so we just fucking went off,” said Ron Carrol, one of the lead circle-pitters.

The subsequent cleanup efforts are led by head researcher Dr. Neil Blumfield, who fears the event may have set the program back significantly.

“All I know is that we observed at least three dudes puking almost immediately, one dickhead running in the opposite direction, and it looks like someone kicked right through some highly sensitive superconductor coils,” said Dr. Blumfield. “Those are going to cost a lot of money to replace, and we might not be able to do this anymore unless we can get some new ones real cheap.”

Dr. Blumfield, who holds several advanced degrees in particle physics, seemed genuinely confounded by the enigmas of the post-pit cleanup effort as he swept up piles of broken glass, dislodged teeth, and a variety of unmatched shoes, remarking, “Seriously. Who loses just one of their shoes? Did they leave with the other one on?”

It is yet to be seen if CERN will invest more money into any more mosh-related experiments, but it is clear that the massive circle pit failed to reach the 3.1 metres-per-second speed threshold required for the accelerator to properly function.

“We topped out at about five kilometers per hour, which is basically walking speed,” said Dr. Blumfield. “Well, exaggerated walking with a lot of extra head movement.”

One of the participants of the spontaneous study, who identified himself only as “Phil [email protected]” offered a more upbeat assessment.

“Yo, dude… fuck the Big Bang Theory, that show fucking sucks. This pit was gnarly. I haven’t seen a circle pit that big since Hatebreed played the Earthscope.”