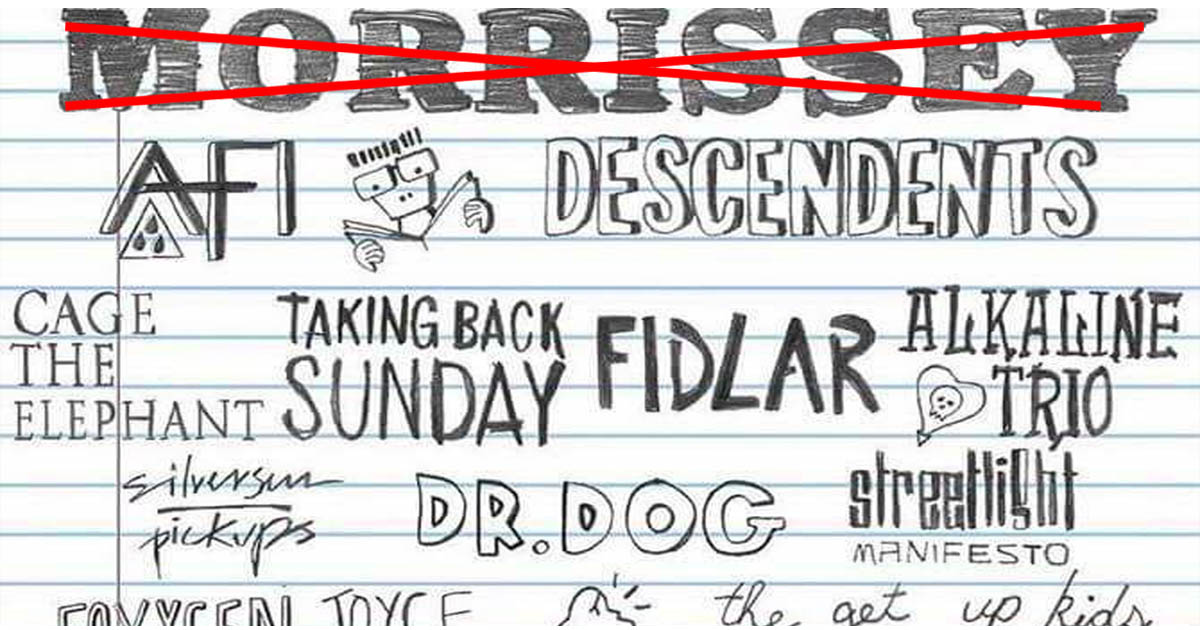 ORANGE COUNTY, Ca – Organizers for emo festival When We Were Young recently announced that they had landed a coveted Morrissey cancellation as their headlining act.

“Our mission is to be the nation’s premier heartbreaking music festival,” said festival spokesperson Lydia Peake. “We carefully cultivated a lineup that’s sure to dampen many an angora sweater sleeve. We’ve even installed drains on the festival grounds to handle the downpour of teary mascara Moz’s cancellation will conjure up. You’ll see — there won’t be a dry Saves The Day shirt in the house.”

Music critic Brent Vandermeer is impressed by the festival’s “major get.”

“Getting a Morrissey cancellation this early in the year is huge,” said Vandermeer. “Those sad bastards are in for a real treat.”

Peake also announced that Kleenex would be getting top billing. When We Were Young organizers later issued a clarification that they were “not talking about the band.”