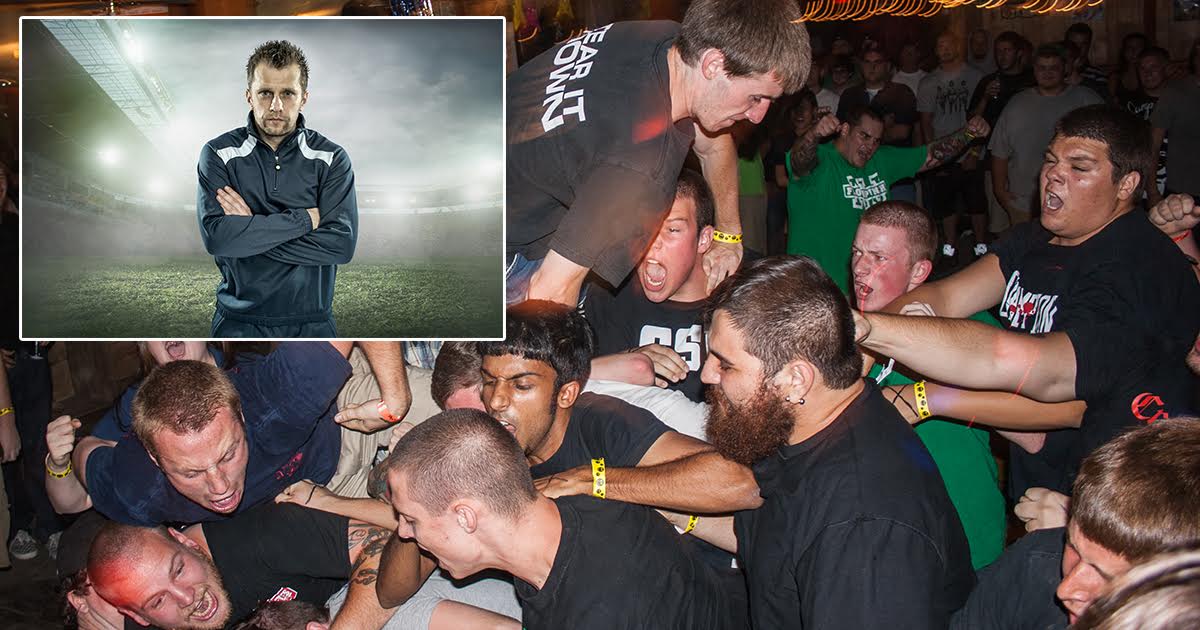 “It was fate. I walked into this place called The Guardrail — I thought it was a sports bar — because I just wanted to drown my sorrows,” said Walker, who was written off by his colleagues after leading the Boston Mohawks Rugby Club to a 1-11 record last season. “What I witnessed… I can only describe as divine providence. A writhing mass of sweaty, male flesh beating the snot out of one another. Toss a ball into that mosh pit, and you got yourself a rugby match, brother.”

Walker, known for his risky tactics on the field, quickly recruited 15 of the craziest guys he saw and asked them to meet up the next day.

“It’s kind of the opposite of how I coached before,” Walker admitted. “I had to remind them to stop beating on each other, and try to score a point. I’ve never seen guys so hungry to hurt other people. The hardest thing to train out of them was the spin kicks — they just loved spin kicks.”

Fans following the new iteration of Mohawks thought the experiment was doomed to fail when amateurism and ego got in the way of their talent early on. The new Mohawks lost their first game of the season to the Chicago Aldermen by an embarrassing final score of 45-0, with a majority of the Mohawks ejected for conduct “contrary to good sportsmanship.”

“The guy pushed me from behind, so I just gave him a quick mule kick to the stomach. Straight up, I thought that was pretty standard behavior,” said loose forward Joel “Blood” Ahbez. “But I’m learning new things everyday. Like, before, I didn’t know the difference between a prop and a hooker. And, to be honest, I still don’t. I really have no idea what I’m doing out there.”

With patience from Walker, a few extra drills, and “good, old-fashioned pluck and elbow grease,” the Mohawks began to gel. Now only attacking opposing ruggers, opponents feared Mohawk mainstays, like center Anton “Puke Fist” Fry and scrum-half Chelsea “The Girl” Dwyer. The Mohawks went on one of the longest winning streaks ever recorded to finish their season.

“We’re going to the playoffs! And I never could’ve done it without my team of misfit punks,” shouted an elated Coach Walker, alone in the locker room following their last regular-season match. “I’d love to celebrate with them, but they all left early to get to band practice. None of them play; they just hang out in the practice spaces so they hear all the new songs first. I’m fine with it as long as we keep winning.”

In the first round of playoffs, the Mohawks will square off against the Cleveland Blue Devils, a team of police officers all on suspension pending the outcome of an investigation.