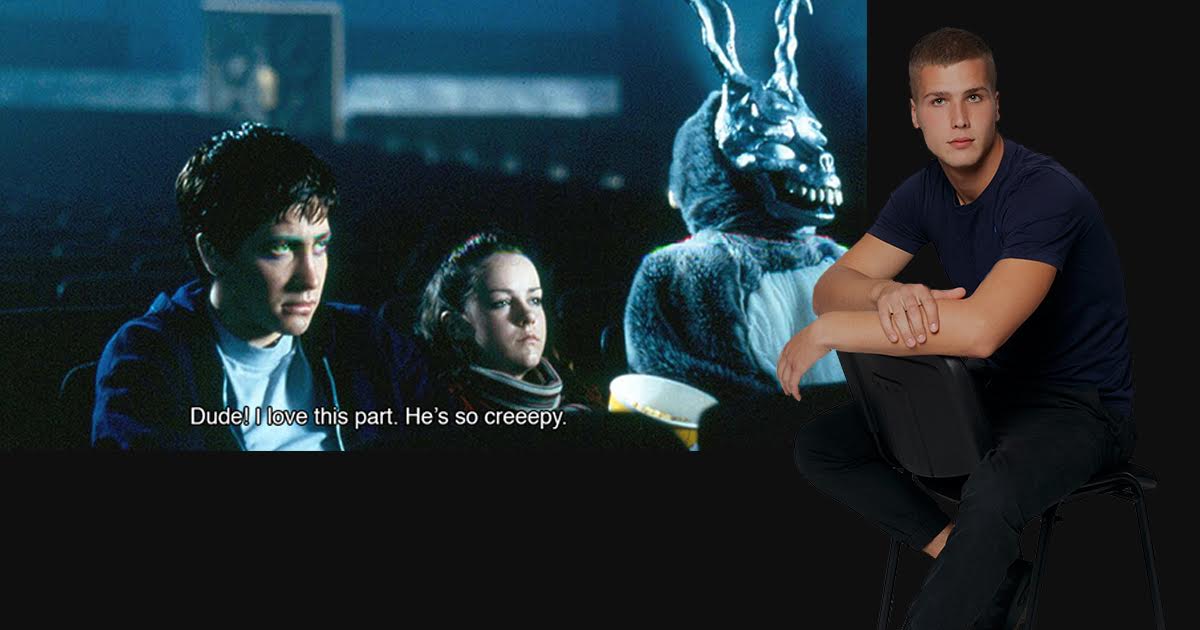 LOS ANGELES — 20th Century Fox released a limited-edition DVD/Blu-ray combo pack of the time-warping cult-classic Donnie Darko earlier today, which includes a commentary track by your friend, Kenny, who never stops talking about how amazing the movie is.

“You see,” Kenny said in the special commentary during a crucial plot point, “Noah Wyle’s character eats hard candy in some scenes, because Wyle decided his character would be diabetic. Isn’t that attention-to-detail crazy? Oh, oh, oh — I love this part!”

The 15th Anniversary DVD/Blu-Ray pack, labeled the “Oh My God, How Have You Not Seen Donnie Darko? It Is the Greatest Movie Ever” edition, will be sent to every American who has not yet seen the coming-of-age genre-bending film. Reports speculate those who receive a copy will be forced to watch it with commentary or face legal consequences.

“I am Donnie. We are all Donnie,” rambled Kenny on one of his many tangents. “[Director/Writer] Richard Kelly is criminally underappreciated in Hollywood. He’s too real, man.”

The special commentary reportedly even includes your friend Kenny’s misquotes of key, popular lines. “You want your sister to lose weight? Tell her to get off the couch, stop eating cookies — Twinkies — and maybe go out for soccer. Oh, field hockey,” he said. “Or whatever. Man, this movie is funnier than I remember.”

The limited-edition packaging will also include a five-page essay Kenny wrote for his senior English class in 2003, exploring potential theories for the film’s enigmatic finale. Records show the essay, which also delves into rather cursory comparisons to Ernest Hemingway’s classic novel, The Sun Also Rises, received a C-minus.

“I really didn’t like [Donnie Darko],” said Glenn Rivera, who forcibly attended an early screening of the re-release. “It was kind of hard to understand with Kenny talking the whole time; he was reading IMDB trivia during the climax. But, even still, it just seemed like some pretentious teen movie that takes itself way too seriously. Kenny calls it a ‘masterpiece’ several times, so I was expecting more.”

In further celebration of the anniversary, the film will be streamed into theaters with live, Kenny commentary, in which he will threaten to fight anyone who doesn’t like the movie.