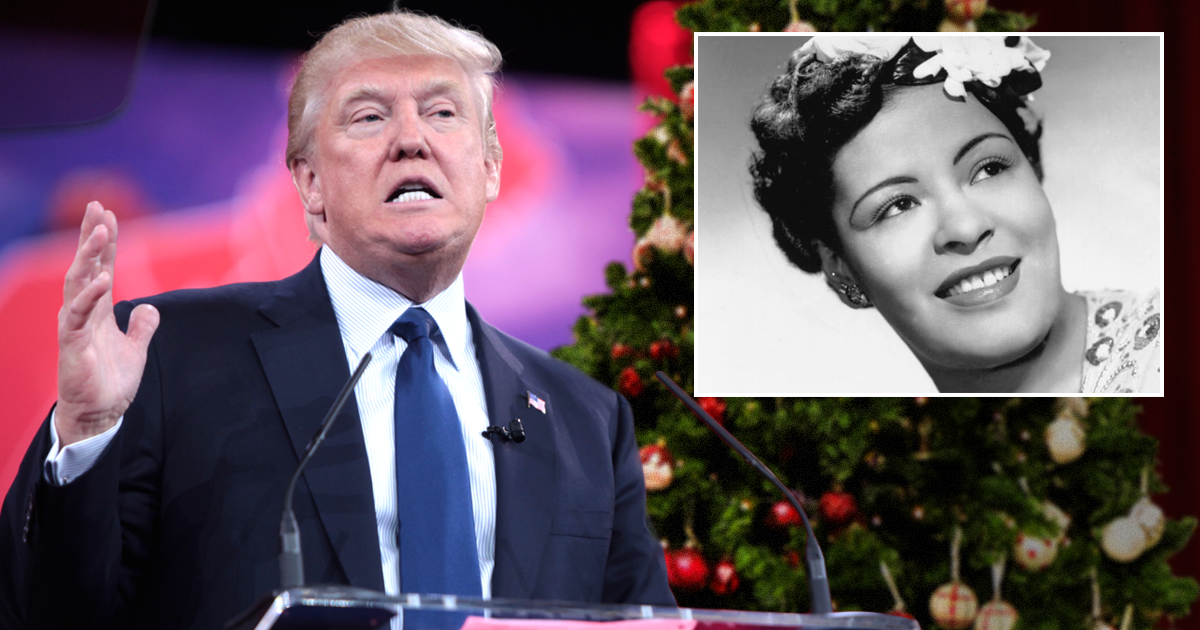 FAYETTEVILLE, N.C. — President Donald Trump announced his intention to end what he perceives as the “liberal elite War on Christmas” by demanding that singer-songwriter Billie Holiday posthumously change her name to “Billie Christmas.”

“Every time I walk into a record store, I ask these loser clerks where I can find my favorite Billie Christmas albums — and these Hollywood liberals, they look at me like I’m a monster,” said Trump to throngs of supporters. “That’s why I will sign a presidential order to demand Billie change her last name to ‘Christmas’ once and for all.”

Many critics were quick to point out that the legendary jazz singer has been dead for over half a century, and to officially change her name on all releases and documents would be a massive government undertaking.

“Trump talks about this smaller government ideal and ending wasteful spending, but having a government task force solely to rebrand anything Billie Holiday-related seems like the exact opposite,” said noted music critic Shea Hallahan. “And that was only her stage name anyway — it had nothing to do with being politically correct. Shouldn’t Trump be more focused on international relations at this point?”

Trump’s plan to rebrand Holiday was met with approval from his most fervent supporters, most of whom believe the Christmas holiday is “being taken away from them.”

“Everywhere I go, it’s ‘Happy Holidays’ this, ‘Happy Holidays’ that — and I’m sick of it,” said Trump voter Leon Alderidge. “Just last week, I yelled ‘Merry Christmas’ at a Wal-Mart greeter… and I was the one escorted away by security! If anything, they should’ve locked that greeter up for maybe a year or take away their citizenship. So, yeah! Change everyone’s last name to Christmas, for all I care!”

Trump went on to praise noted screenwriters Peter and Bobby Farrelly for their choice of “Lloyd Christmas” as the name of Jim Carrey’s character in the hit 1994 comedy, Dumb and Dumber.