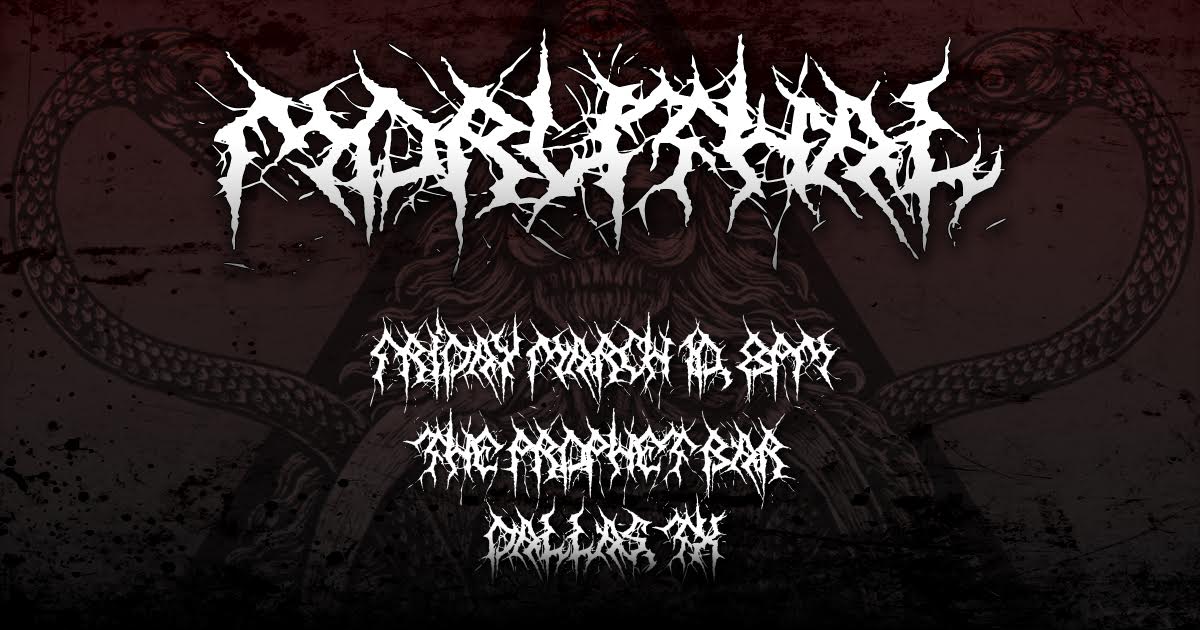 DALLAS — Death metal band Moruthal experienced record-low turnouts for their show last Friday night after accidentally printing the time and location information in the same brutal, illegible font as their logo, according to band members.

An informal polling of Moruthal’s fans suggested the confusing text on the flyer, rather than a lack of interest, was responsible for the lackluster turnout. Both the flyer and the original logo font were designed by the band’s manager, Dustin Balboa.

Those close to Balboa claimed the gaffe was only the latest in a series of font-related missteps.

“I think, deep down, he’s just too proud of that logo font. He went out of his way to hand-draw every letter A through Z, every number 0 through 9, and basic punctuation, even though our band name is just 8 letters,” said Moruthal bassist Randall Wu. “Last summer, he got us a recording contract, but he used our logo font on that, too. We had no idea what it said, but signed it anyway — which is why we recorded a full-length album for $100. We ended up paying a lot of money out of pocket thanks to him. Fuck.”

The 36-year-old Balboa defended himself against allegations that, if he did more to promote the show outside of physical flyers, the impact of his printing mistake would have been minimized.

“People say I should have promoted the show online. But I did promote it online — I posted images of that flyer all over social media,” he said. “Facebook, Instagram, Snapchat, Twitter — I hit them all. It’s not my fault these people can’t read.”

Fans of Moruthal noted the band’s commitment to the confusing font caused problems in the past for those trying to keep up with the group’s latest news.

“I love the Moruthal logo,” said longtime Ashley Stevens. “It’s like this awesome, satanic tree thing. But if we’re being honest, I can’t follow them on Facebook, because I don’t know how to spell their actual name. Can you send me a copy of this article once it’s live, so I can finally see it written in English?”

In the end, Balboa admitted he plans to ensure the mistake is never repeated. “I removed the font from my computer. From now on, everything is Comic Sans,” he said.