Dad Patiently Waits in Car Outside Burning Man for 8 Days 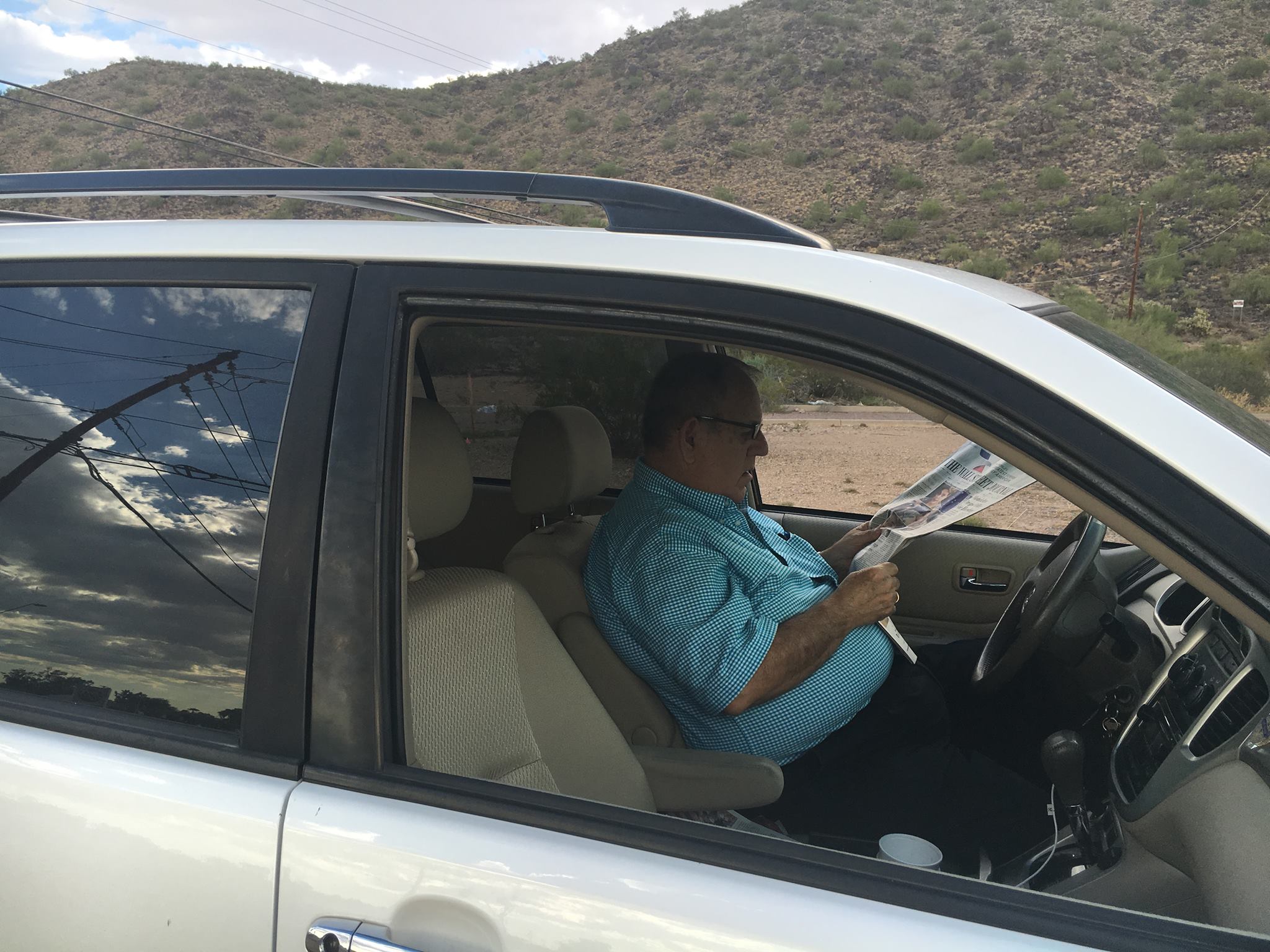 BLACK ROCK CITY, Nevada — Four days ago on the outskirts of Burning Man, the annual week-long arts and music festival, Salt Lake City native Harry Mortensen dropped his 17-year-old daughter off at the festival gate, and has been patiently waiting to pick her up since.

“I get it, Sarah was a little embarrassed driving up to The Burning Man concert with her old man, so she told me to drop her off out here,” Mortensen, 54, explains from his 1995 Chrysler Aries station wagon while finishing a crossword puzzle. “Stubborn just like her mother.”

Mortensen has already begun to feel the effects of the extreme desert environment and witnesses report seeing him constantly dabbing his forehead with a golf club towel from the trunk of the car, “Golly, it’s hotter than Hades out here. I hope Sarah’s drinking a lot of water and keeping away from things like salty potato chips and sodas. That stuff will dehydrate you.”

Mortensen’s daughter is one of the 70,000 people from around the world congregating in the remote Nevada desert for the 8-day long celebration. Thinking it would be a great opportunity to spend quality father-and-daughter time together, Mortensen was surprised by the duration of the festival and travel time it took to drive to Black Rock City, Nevada.

“Sarah failed to mention that this was a week-long concert. I mean, we don’t talk or see each other much since the divorce, but…” Mortensen stopped to observe two people dressed in holographic spandex onesies wearing bird masks ride by on a tandem bicycle. “Now that’s just something you don’t ever see in Utah. Must be the opening band or something.”

Mortensen seemed nonplussed when asked if he was going to stay the entire week in his station wagon. “Traffic getting in was a nightmare, lots of busses covered in zebra fur, I’m not dealing with that again. And look, I’ve got an AM station goin’ with some decent reception, some cans of La Croix Sparkling Water Sarah left in the backseat, and a few other snacks. And let’s just say this wouldn’t be the first time I’ve had to spend a few days in my car. It will be fun. Plus, I’ll be here if Sarah wants to leave early.”

Eyewitnesses reports at around 6:30 p.m., Mortensen looked out to the horizon toward the festival grounds and saw plumes of smoke and fire. “He was like, ‘I need to warn Sarah! I need to warn Sarah!’” explained one bystander. “He told me to call the fire department and just ran off into the darkness towards the playa yelling his daughter’s name.”