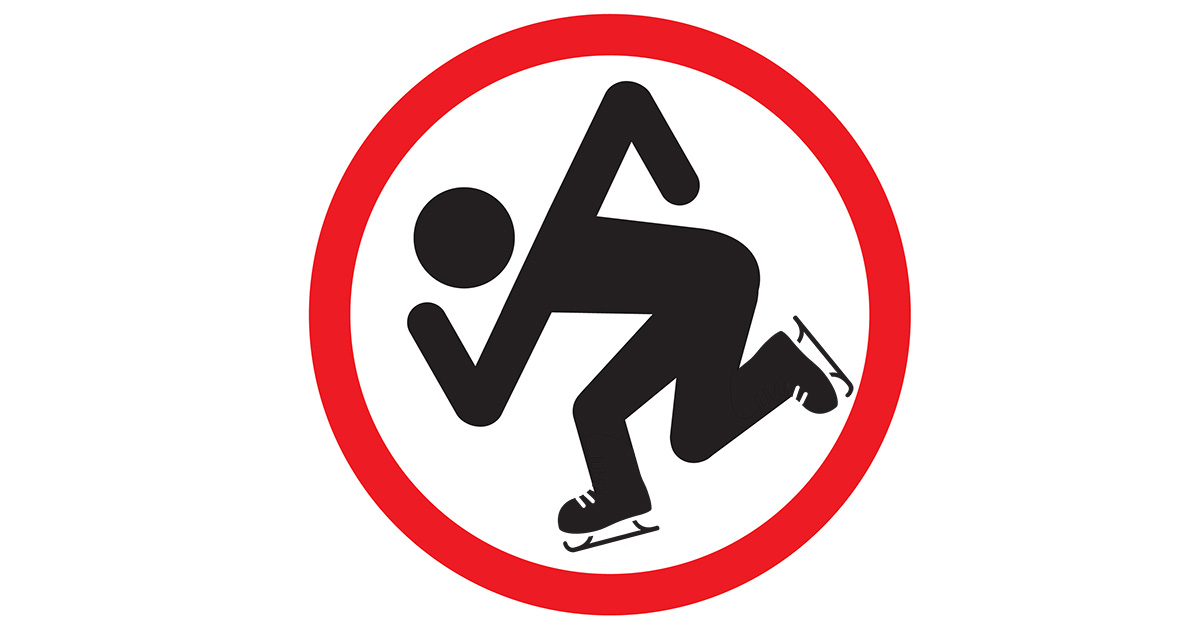 The logo, closely associated with the Texas thrash outfit since 1982, placed second in the event after leading much of the 12 ½-lap race. Despite the loss, the logo remained a good sport and humbled recipient.

“Of course I’m a little disappointed I didn’t get gold, what with 36 years of experience racing around in tight circles with a bunch of other kids at increasingly brutal speeds,” said the logo. “Every pit at every show lead up to that moment. But, hey — what the fuck can you do? A silver medal from the world’s foremost sports competition seems pretty good by me.”

Usually a rather quiet event, some fans in the arena were taken aback by the logo’s non-traditional racing style.

“That guy was really… interesting,” said Canadian spectator Sandee Bieksa. “This may be my first time at the Olympics, but I didn’t know slamming into the other skaters and whipping your jean vest over your head all crazy-like was a thing. Also, I’m pretty sure I saw him toss a Solo cup full of beer at spectators around lap two.”

While the logo has reached impressive heights in the professional speed skating scene, members of D.R.I. point out that the logo’s involvement isn’t so much a passion project as the result of poor financial planning over the years.

“I’ve been telling that little guy to start thinking about the future since ’85, but there’s no reasoning with him,” said D.R.I. frontman Kurt Brecht. “Even just 10 percent of every paycheck can really add up over time.”

When asked what he would do differently if given a shot at the next Olympic games, the logo said, “I probably won’t stop to help pick a fallen dude up off the floor and throw him back into the race.”