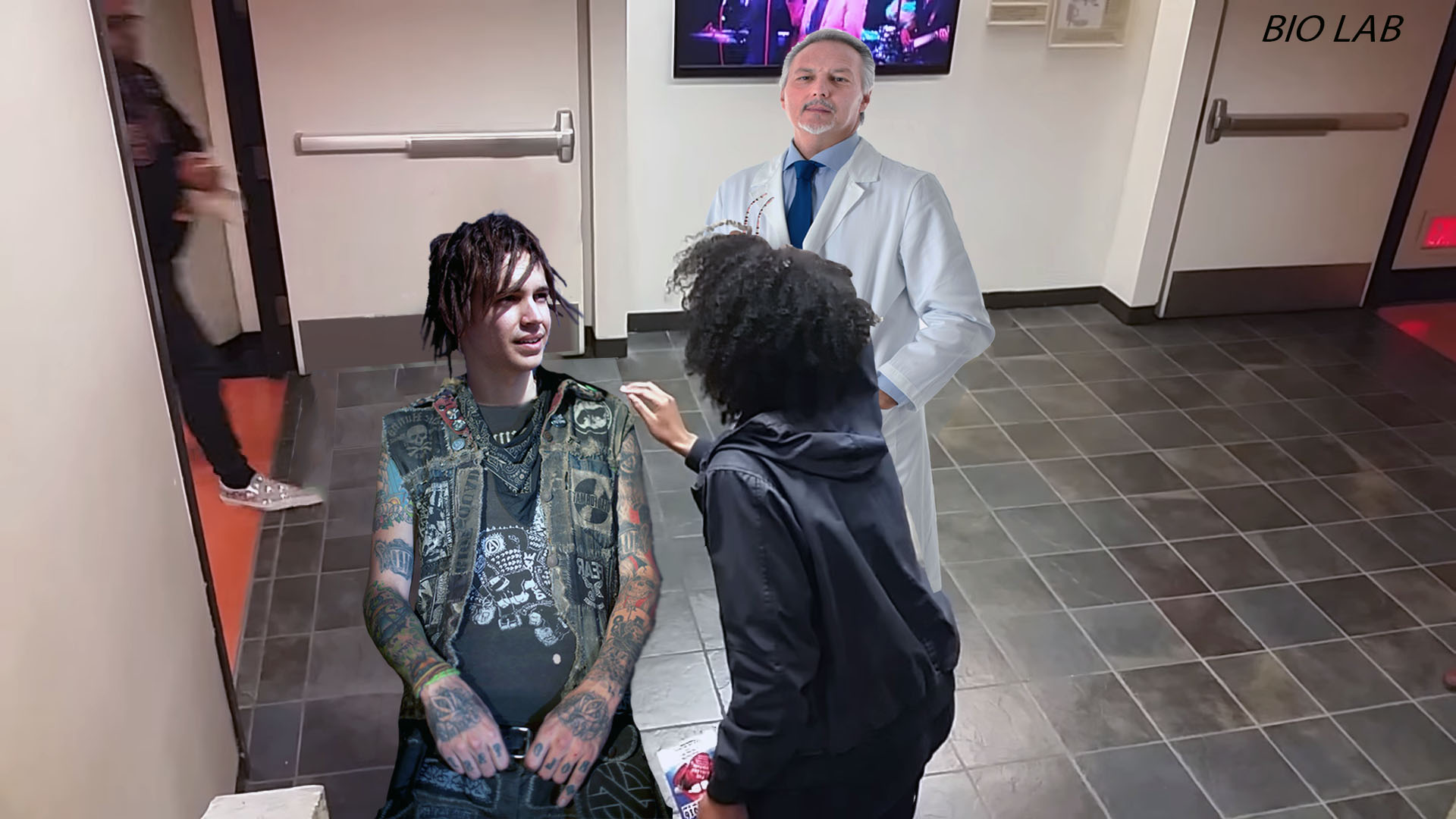 “I just saw Germy being accosted by this woman. She kept saying ‘you’re stealing my culture,’ and pointing to Germy’s arm,” said amateur videographer Tim Lawrence. “The woman had a professor or something standing nearby in a white lab coat. I mean, Germy is definitely growing something on his body, but I felt like they were going about it all wrong.”

Lane got defensive with his accusers, according to eyewitness reports. “Stealing your culture? This isn’t your culture. This shit is found in nature, yo,” he stated defiantly, pointing to a small white growth about the size of a mole on his forearm. “There are strains exactly like this in fuckin’ Egypt, Ireland, pretty much everywhere.”

The Hard Times could neither confirm nor deny whether the bacteria in question could be found in Ireland, or when it first started growing on Lane.

The accuser, biology grad student Justine Pierce, was not amused with Lane’s argument. “You have no idea what you’re doing. We’ve been working on this strain for years; you can’t just swoop in and pretend to know the bacteria’s history and how it will interact with… whatever that is you’re already growing all over your body,” she spat, warily eyeing Lane’s encrusted butt flap. “Do you know anything about methicillin-resistant staphylococcus? Do you? Do you know?” she continued, blocking Lane’s path as he tried to abscond with the organisms in question.

Lane, however, would not back down. “I’m not stealing it yo. I’m appreciating it. I’m fucking celebrating it,” he fired back, oblivious to the biological terror he was becoming.

“I get their concern,” said onlooker Jessica Santos. “If Germy keeps growing that… thing, he could undermine everything those students have worked towards. I don’t think he gets how important it is to them. At the same time, they could have gone about it a different way so he was more receptive. Maybe explaining its importance, the danger it poses to public at large etc. I just think this could have been avoided.”