Clint Eastwood Defends Crowd Killing at Shows: ‘When I was growing up, we called that moshing’ 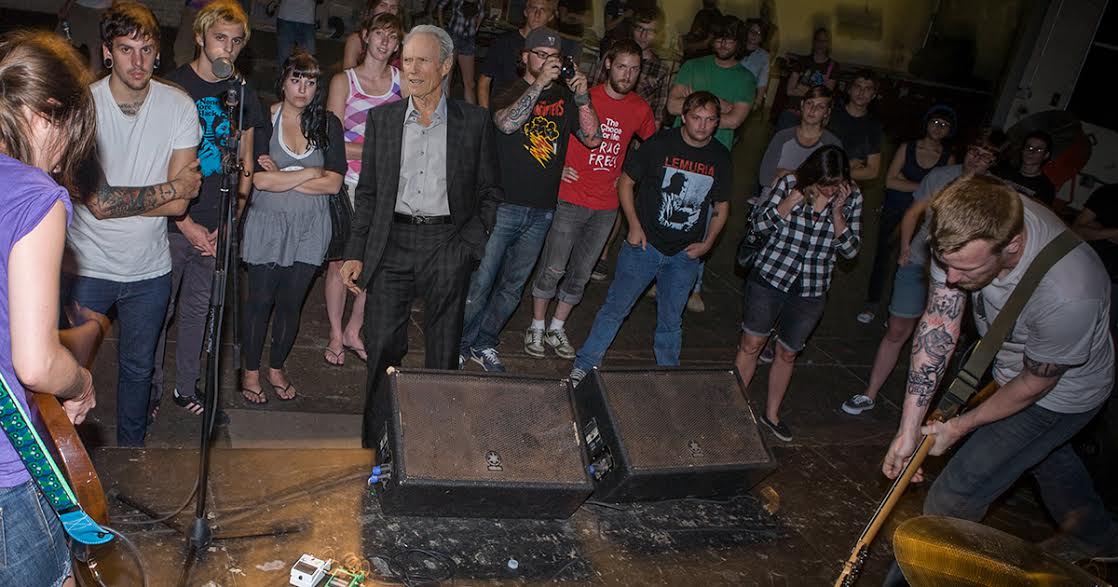 PHILADELPHIA — Following his criticism last week of political correctness in what he referred to as the “pussy generation,” Clint Eastwood came under fire again this weekend at the annual This Is Hardcore festival, where he was overheard defending “crowd killing” at shows.

“Crowd killing?!” asked an incredulous Eastwood, slowly combing the merch table. “When I was growing up in the scene, we called that moshing. ‘Dance hard or die’ — have you ever heard that expression? That was reality when I was a kid. There was none of this ‘safe space’ bullshit. There was violence at every show, and you either fought, or you didn’t show up.”

Many This is Hardcore attendees supported Eastwood’s viewpoints, noting he was a “Good dude, backed hard,” but his reactionary view of modern hardcore also garnered some staunch disapproval.

“Boy, bye,” said Krystal Medina, who traveled 18 hours by car to see the show. “I can’t even with this.”

Eastwood, when confronted before Year of the Knife’s set, doubled down on his original statement.

“It’s all part of the massive pussification of the scene,” said Eastwood. “Secretly, deep down, no one likes this P.C. garbage. Violence has always and will always be part of hardcore — especially when I’m in the pit. And if you have a problem with that, it’s ‘talk shit and get hit.’ If you are near the pit, expect to get walloped by my cold dead hand.”

This is not the first time Eastwood made headlines with his views on hardcore, as he staunchly defended stage diving as free expression in 1996, and later released a long statement on his official Livejournal in 2004 about how “Fashioncore is not true hardcore” and needs to “die out immediately.”

Eastwood, unavailable for further comment, was last seen aggressively pushing his way to the stage to see Integrity.