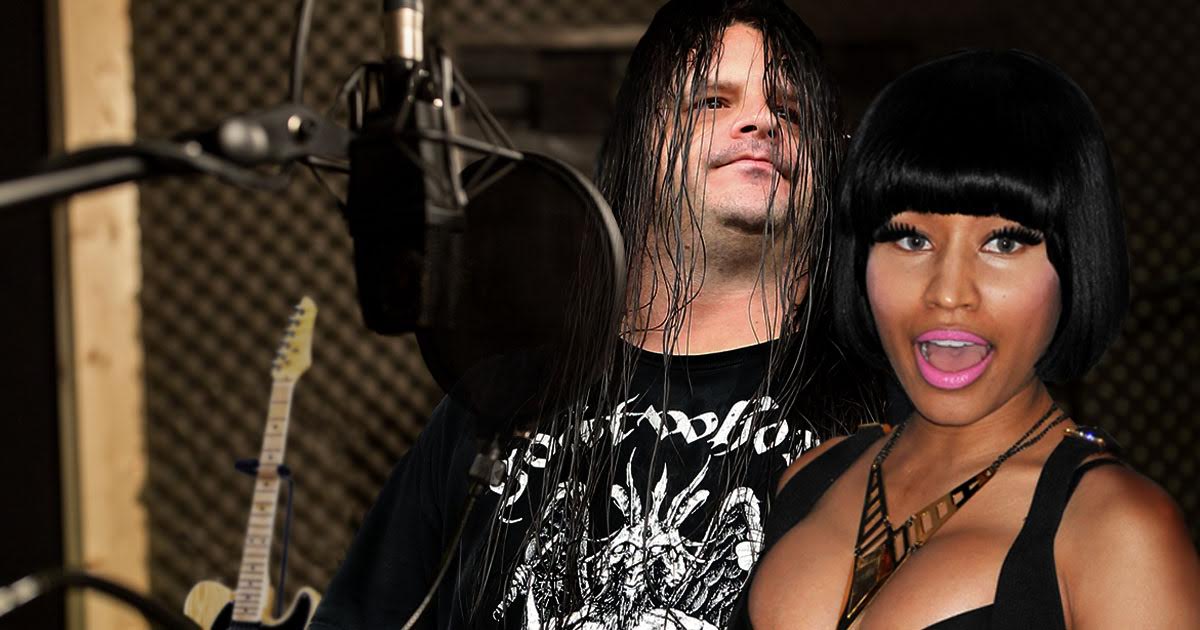 “Eating human asses has been a subject of rumination throughout our band’s entire existence,” said founding Cannibal Corpse member Alex Webster. “Nicki’s lyrical fantasy of getting her ass eaten is pretty twisted, and we thought we could do some great stuff with her.”

The song, tentatively titled “Choked to Death by Voluminous Rump,” is expected to bridge the gap between Nicki Minaj’s “Anaconda” and Cannibal Corpse’s “Meat Hook Sodomy” by delving into the decreasingly taboo subject of ass eating. However, those close to the project report creative differences have already arisen.

“The ‘diva’ rumors are totally true,” said Cannibal Corpse vocalist George “Corpsegrinder” Fisher, killing a cockroach in the band’s sweaty, gory-movie-poster-decorated Tampa storage unit and practice space. “She refuses to practice here for some reason. It’s very unprofessional in my eyes. You get used to dead rodents in the walls and on the floors after 35 minutes or so.”

Minaj, meanwhile, worried that Cannibal Corpse’s use of euphemisms was excessive.

“I have this line, ‘You got a Nicki sandwich, boy. You ain’t eating gluten-free.’ And they rhyme it with, ‘I’ll dissect your rectum with chisel-sharpened teeth.’ Like, dude! Just say you wanna toss that salad,” said Minaj, taking a break in an air-conditioned Cadillac Escalade.

Webster confirmed both lyricists were struggling to find the right way to fit together. “She added a lot about expensive purses and jewelry and stuff like that. I’d prefer if she described the angular trajectory of the blood spatter from cutting ass flesh with a table knife. Or something like that, anyway,” said Webster.

The artists have found common ground, however, agreeing that the song’s tempo will sit somewhere between 120 and 265 BPM, and to stop touching each other’s hair.

The song is slated to be released mid-summer, provided the timetable remains intact for the artists’ cross-promotional fragrance, “Pink Entrails.”