Bernie Sanders Running a Little Late to DNC, Asks to Go On Last 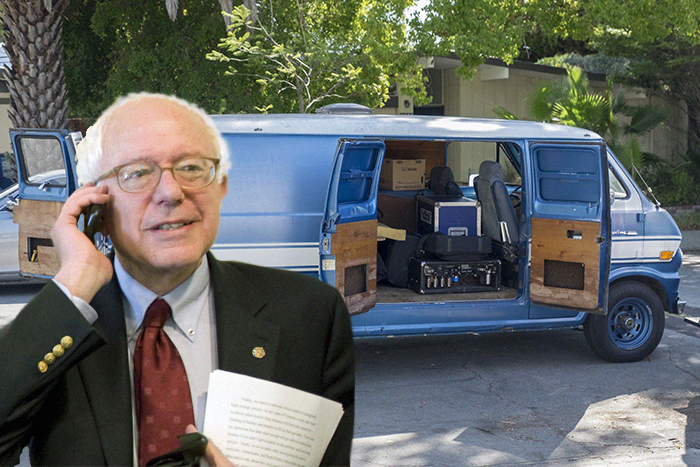 PHILADELPHIA – After a tough primary battle against Hillary Clinton, Senator Bernie Sanders has notified the DNC that he is running a little late to the event tonight, and was wondering if maybe he could go on last?

“Sorry man, just some huge traffic thing,” Sanders explained over the phone to DNC promoter Donna Brazile. “And let me just be perfectly clear: I’m still a few hours out.”

Sanders, a veteran to the liberal DIY scene but somewhat of an outsider to the bigger convention scene, noted that he was also unable to bring the invisible bongo drums he normally plays during his speeches, and will need to borrow someone else’s kit.

“Typical,” said Brazile. “These politicians are always showing up late, canceling last minute, or asking to use each other’s teleprompters.”

According to sources close to the situation on the ground, some in Clinton’s camp feel that this is just a ploy by Sanders to upstage their nominee and snag the convention’s headlining spot. There is talk of refusing to let him borrow her lectern, forcing him to hold a microphone awkwardly while he addresses the hall. But Sanders says his proposition is a purely common sense solution to a logistical problem.

“It just makes sense,” Sanders pleaded. “Let me just say this: It’s been a long tour, we’re tired, and since I can’t get there for a few hours she should just speak first, and I’ll close out the show — no big deal. She can talk, then there will be a little break — maybe some video montages — and I’ll show up, deliver a blistering attack on Donald Trump and the 1%, and then they can drop all the balloons and confetti and my family will come out on stage and hug and kiss me. It’s no big deal, I don’t see the problem… Oh my god this isn’t because of the thing in Florida is it?”

Sanders explained that since both his and Clinton’s tours have been on the same path this summer, the two have bumped into each other at several events. One night in Florida, according to various subtweets and social media postings from both camps, Sanders asked to borrow Clinton’s lectern because “it was just easier than loading in both of them.” There was a dispute over his treatment of it.

Clinton claims her lectern has been unstable and rocking back and forth ever since, but Sanders claims it was crooked long before he ever used it.