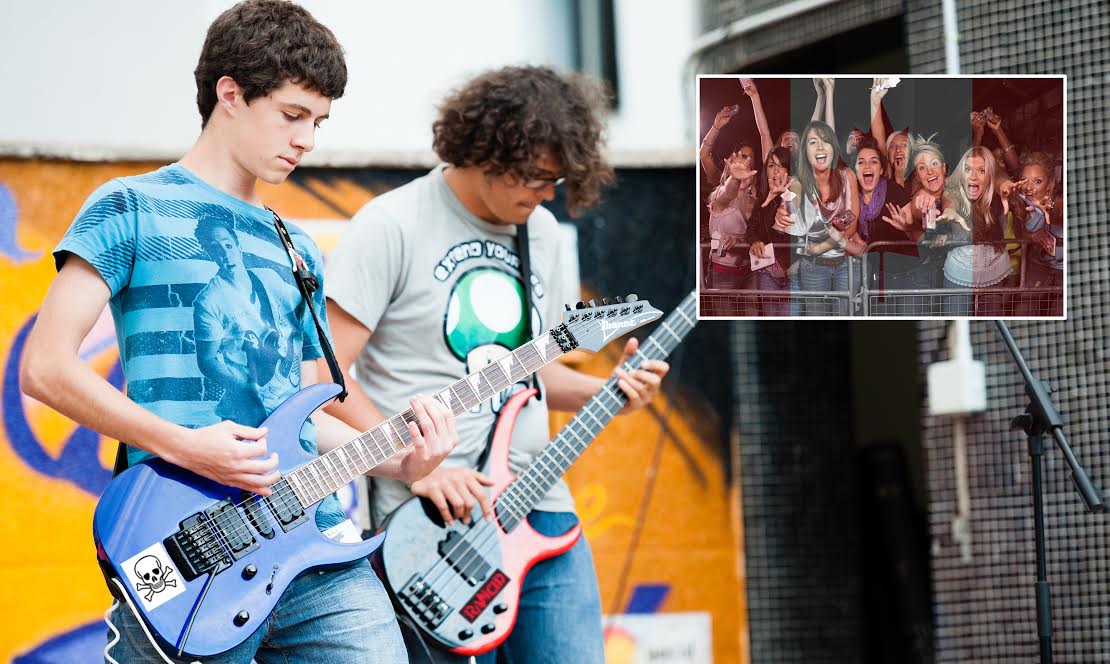 “We played a gig at the mess hall one night,” said singer Albert Hickson on his first day back at school, “and the next thing you know, we’re getting hounded by all these fans… but you wouldn’t know ‘em, though, ‘cuz they all live in Canada.”

“It was crazy,” added drummer William Zarbeck. “All these dudes were singing our songs and wanted our autographs. Chicks were, like, showin’ us their boobs and making out with us and stuff. They were going to come to Middletown when we play the homecoming dance, but they all got grounded, which sucks.”

When pressed for evidence, Hickson claimed the “CRAPitalists,” as the fans allegedly like to be called, had zero internet presence because “Canada’s internet is different.” The only physical piece of proof Hickson provided was a photograph of a crowd of about 100 at a concert, seemingly cut from a magazine. “They hate having their picture taken, but we think they’re beautiful,” Hickson said. “A super-hot counselor snuck this pic for us.”

Classmates, however, remain unconvinced. “That is obviously a fake,” claimed sophomore Katy Spiegel. “There’s a number on the corner of it, and everyone in the crowd is wearing MxPx shirts. My sister went to their shows in, like, the ’90s.”

Guitarist Leita Baker fiercely defended the existence of their admirers. “They are SO real!” she said. “We might even transfer to a performing arts school in Buffalo so we can be closer to them, and our moms are gonna drive us to Ottawa on the weekends so we can play shows.”

Unfortunately, Hickson cut the interview short, claiming his fans were “texting [him] like crazy” and “were probably worried.” However, no witnesses reported hearing his phone ping or buzz.