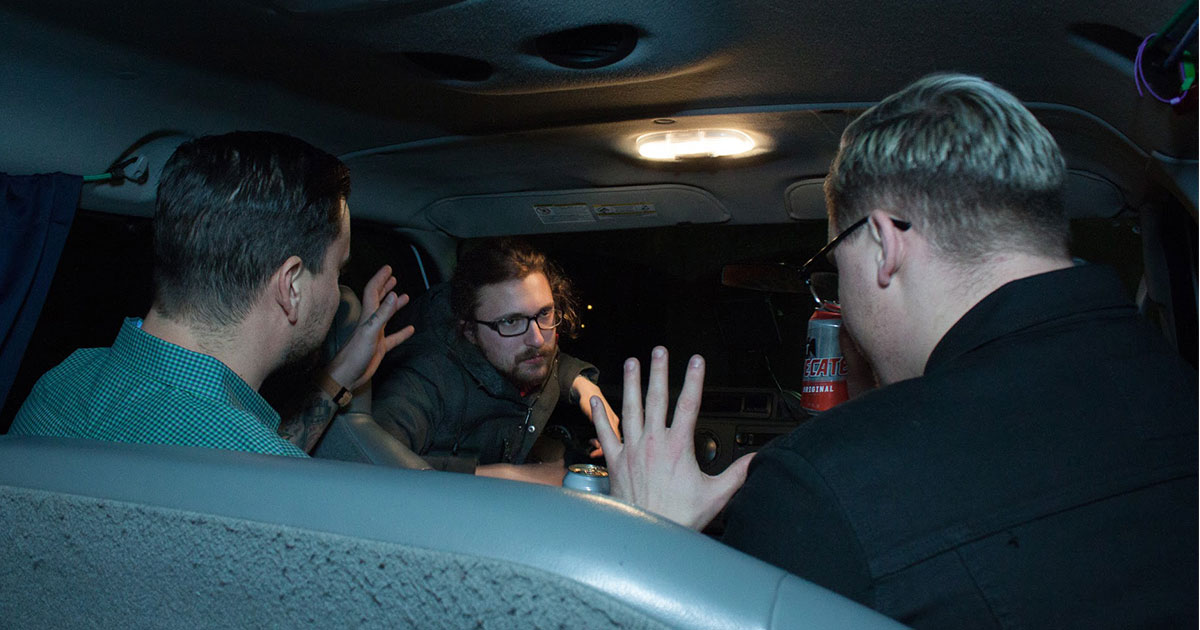 CINCINNATI — The members of Creaky Wound, a Philadelphia-based punk band currently driving down Route 75, had “better settle down or their nationwide tour ends right now,” according to van driver and frontman Sam Klein.

Klein, who also books the band’s shows and handles its finances, claimed the other band members “…have been a pain in my ass this whole trip, and need to cut out the horseplay right now. They won’t stop yelling, and Traci keeps stealing Tom’s drumsticks.”

The Creaky Wound frontman has reportedly tried everything to calm them down, including playing their favorite pornographic DVD on his laptop and promising to stop for whiskey and jerky. “Nothing has worked so far,” Klein said. “Tom still keeps asking if we can just ‘hurry up and play the stupid show so [he] can get drunk already.’”

Klein claimed Creaky Wound’s behavior is part of a long history of mischief on the road. “During the last tour, Cal kept unplugging Traci’s amp, so I finally told him, halfway through one of our sets, to put down his guitar and stand in and face the corner while we finished playing,” Klein said. “We sounded like shit without a rhythm guitar, but, hey — it’s the only way they’ll learn.”

“It wouldn’t be so bad if they didn’t also cause trouble at practice,” Klein added. “Tom refused to stick to the set list. Eventually, I had to send him to bed without his Colt 45 40 oz.”

Despite their faults, Klein was quick to defend his bandmates, taking their actions with a grain of salt. “They’re annoying little shits, but of course I love them!” he said. “Though I’d be lying if I said there weren’t times when I wished I’d never started a band. I could’ve gone to law school or started a bakery or something if I didn’t have to spend so much time looking after these guys.”