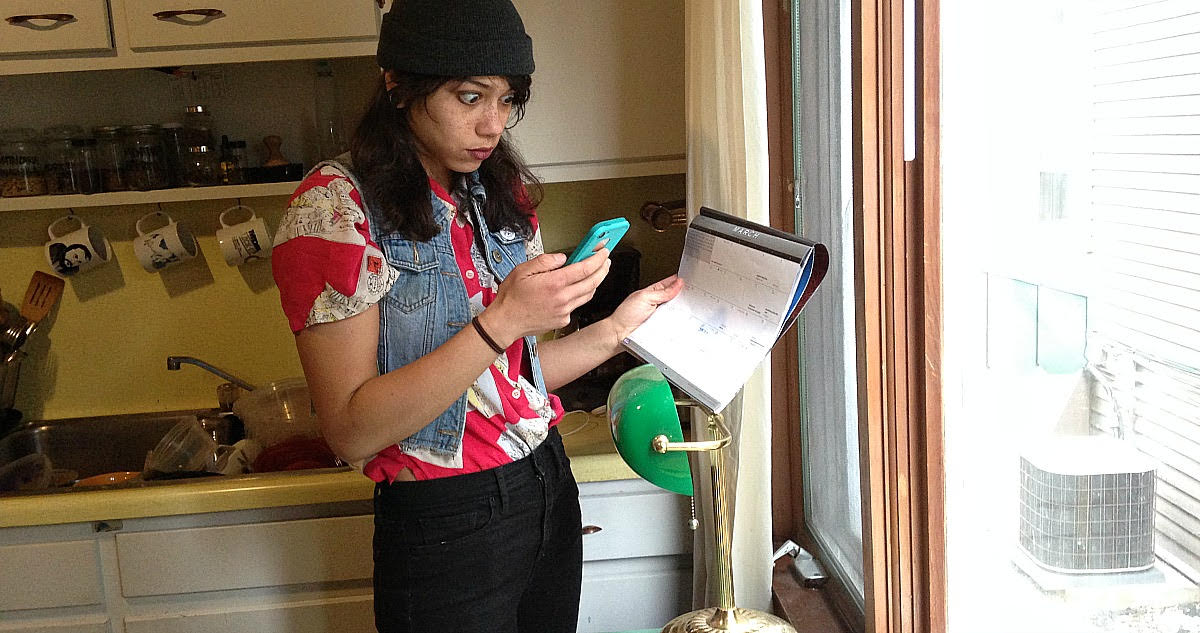 OMAHA, Neb. — Local copy editor and Beagles guitarist Maddy Nelson is reportedly growing increasingly anxious by the delayed arrival of her period, which she hopes may just be “running on punk time,” sources close to the matter confirmed.

Nelson’s worry is attributed to a lapse in judgment following a recent show, which led to hooking up with area man and “fucking total dumbass” Mose Irby. Nelson is hoping that, like pretty much every DIY show ever held, her period may just be starting later than anyone would have imagined.

“I’ve been going to punk shows since I was 13, so maybe my body is just starting to adapt to things starting late? These things happen and whatever. It would usually be no big deal,” Nelson said nervously. “But, for real, this shit is way behind schedule now, and I’ve got plans, you know? Like, I just applied to grad school, so if this is gonna go much longer, I’ve gotta figure something out.”

The subsequent worry following her encounter with Irby, which she insisted would “never happen again, for real this time,” has led Nelson to count back the days leading up to her missed period in an attempt to determine when it might begin.

“I mean, I do usually get PMS a week beforehand, but that ran late getting here, too, which sort of pushed everything back,” Nelson said, trying to rationalize the problem. “Then, when it finally did show up, it just took forever to be done.”

“If you’re gonna be that late, you can cut it short, you know? No one’s really dying to see you anyway,” she added.

Nelson’s friends have offered countless words of encouragement, reminding her that projected start times are never to be taken too seriously.

“Sure, it says the 21st of the month on the calendar, but everyone knows these things never actually end up starting on time,” said Nelson’s roommate, Yajaira Estep. “Like, what is this, her first period ever?”

When informed of the delayed start, Irby claimed he wouldn’t be surprised if “even my boys swam on punk time,” a testament to his own “punkness” and apparent lack of very basic biological and reproductive knowledge.