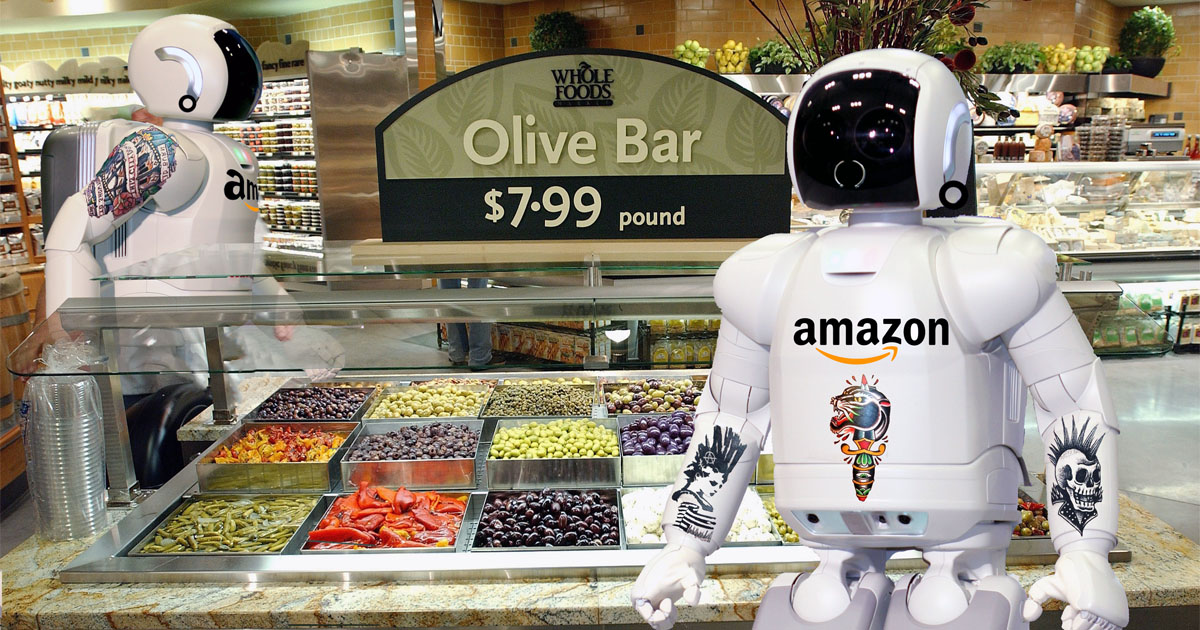 “The Whole Foods brand has been well-established among consumers,” wrote Bezos in a press release. “That’s why we feel it’s important to design delivery drones with lip rings and unfinished nautical-themed tattoo sleeves that never shut the fuck up about the band they used to play in.”

Some employees at Whole Foods, however, remained skeptical.

“If you ask me, the whole thing is bullshit,” said Clyde Powell, a prepared foods attendant interviewed during a cigarette break. “People that shop here don’t even give a shit, they just want to satisfy their pseudo-hip yuppie urges, or whatever. Who fucking cares?”

When asked if a drone could accurately replicate the employee-customer relationship, Powell gave a palpably apathetic shrug, calling the question “ridiculously corporatist” before being called back inside to restock the hot bar with cashew kale salad and chickenless nuggets.

In a demonstration following the announcement, developers showcased Whole Foods drones that came complete with tacky irezumi-style tattoos and a fully-integrated Guided-By-Voice-recognition system, capable of detecting all studio albums, live recordings, and even early demos.

“We’re really proud of the work we’ve done,” said Chandra Jackson, drone engineer, right before a test run. “We spent a lot of time with the most jaded, sarcastic Whole Foods employees to really nail it.”

“If you ask me, the whole thing’s bullshit,” emitted Test Module Alpha 2.9. “People that shop from us don’t even give a shit, they just want to satisfy their pseudo-BZZZ-BZZZ-CAN YOU HONESTLY SIT THERE AND TELL ME THERE’S NO FILLER IN THE FUGAZI DISCOGRAPHY?”

“Uh-oh,” Jackson said, flipping the machine’s power off. “We’re still tinkering with the system, as you can tell. Obviously, offering up a completely unsolicited music opinion like that is a little too on the nose for a Whole Foods employee.”