2017 to Step Down Amid Allegations 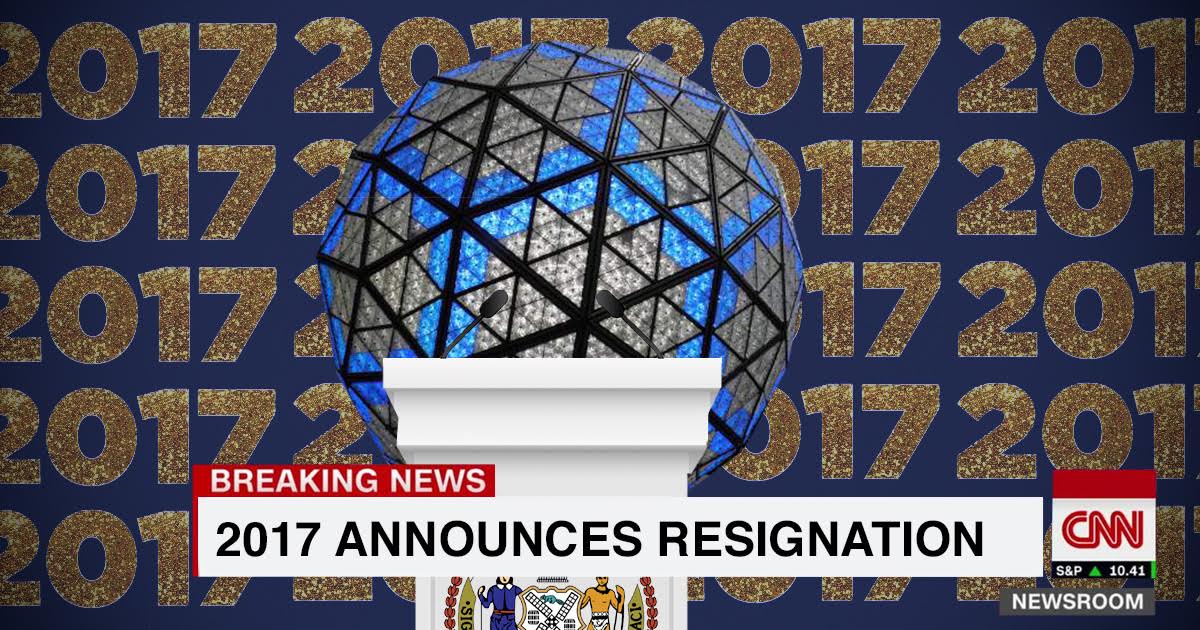 “I’ve let a lot of people down. When it was all happening, I thought my actions were OK. I’m a time that thought these things could be acceptable, but now I see that is no excuse,” said the 2017th year of the Gregorian calendar during a press conference. “I’ve caused you all a lot of pain and I sincerely apologize for it. I will be retiring from my position, effective immediately, and will focus my attention on renewable energy sources.”

Billions of men and women have come out in recent weeks demanding that 2017 be removed as our current year.

“We thought 2016 was bad, murdering so many of our celebrities in cold blood,” said 2018 activist Lauren Wilcox. “Little did we know 2017 was going to pull bullshit like repealing net neutrality, creating large and violent white supremacy rallies, holding the largest mass shooting in modern American history, allowing the inauguration of an incompetent world leader, and pulling out of the Paris Agreement — not to mention, the outing of many ‘respected’ men as serial sexual assaulters.”

Many close associates of 2017 have already begun distancing themselves from the tumultuous year.

“I don’t think anybody saw this coming. I cannot in my right mind defend any of the actions that this year allowed to take place,” said Steven Kosters, one of 2017’s lawyers. “This was shocking, inexcusable behavior from a bedrock of our society. I hope all following years learn a valuable lesson.”

Indeed, many people are refusing to accept 2017’s apology.

“This feels very insincere. 2017 really should have known better. From massive hurricanes to acts of terror around the globe, it’s clear 2017 doesn’t care about anyone but itself,” said Olivia Todd, one of billions in favor of 2017’s resignation. “It’s not 2012 anymore. We can do better.”

With the resignation, 2017 will be stripped of its power starting on January 1st, its name removed from all upcoming dates and calendars with 2018 named the immediate successor for a one-year term. So far, however, 2018 has not clarified whether or not it will put an end to terrible events.