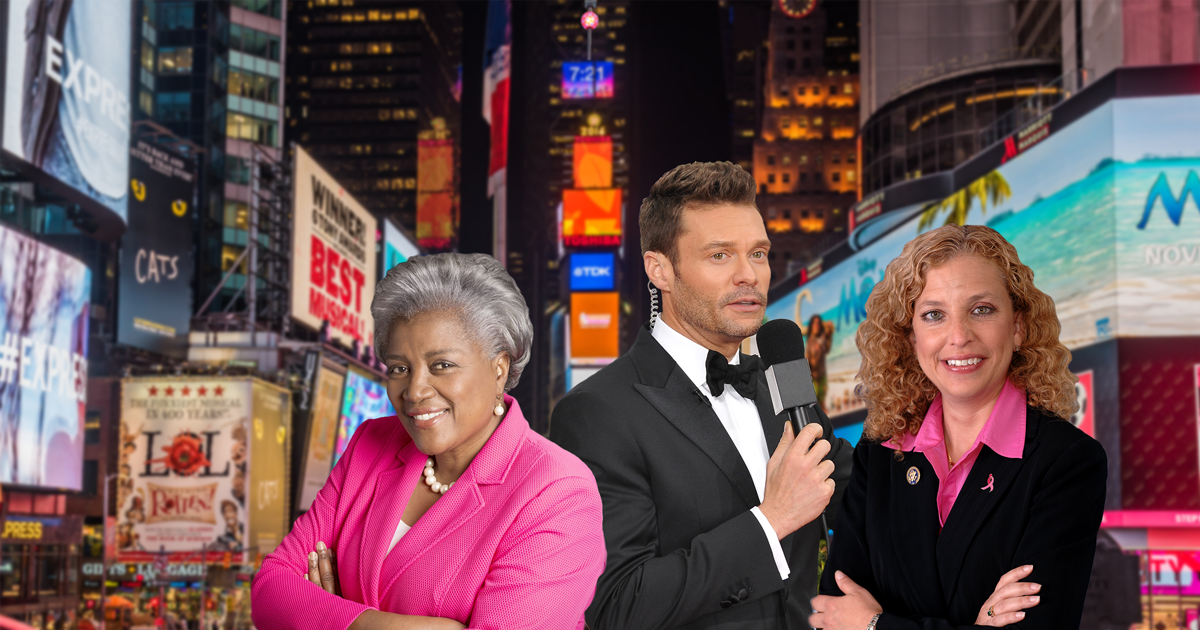 NEW YORK — The Democratic National Committee officially offered to help the organizers of the New Year’s Eve festivities in Times Square drop the ball this year, with experts claiming it’s the DNC’s latest attempt to win back some of the constituents they’ve alienated over the last few years.

“The Democratic Party is the party for the people, and we think we are the exact right organization to help drop a ball of this size,” said Debbie Wasserman Schultz, the former chair of the Democratic National Committee from her luxury suite at the Four Seasons hotel. “We’ve done some research, and today’s youth don’t really connect with the same New Year’s Eve show they’ve had for years. We at the DNC know exactly what we need to do in order to change their minds!”

A recent study from Brown University found that Americans of all ages have grown tired of Ryan Seacrest’s hosting and consider him “unrelatable,” but despite these findings, Schultz defended the longtime broadcaster.

“It’s true — we’ve got a lot of data indicating the people aren’t exactly thrilled about another year of Ryan Seacrest,” said Schultz. “When you look at it, though, he’s really the most qualified man for the position. We don’t care if he is unlikable on so many levels. He has experience, and that’s what is most important. These decisions are best left to the professionals. Who are you going to trust? The audience, or the people who get paid to worry about this stuff?”

Ryan Seacrest, a lifelong broadcaster, was more than willing to fill the role and help the DNC advance their platform of never listening to feedback.

“So maybe Donna [Brazile] did text me stuff about what to say when I interviewed to replace Dick Clark in 2012,” said Seacrest when reached for comment. “But I had this job sewn up for years! Why does this even matter? We are gonna give the people a party they’ll never forget!”

The annual festivities are scheduled to start at 8 p.m. EST tonight, and producers and committee members are confident “everything is going to go according to plan,” despite the trepidation of some of the locals.

“I guess Seacrest is OK. It would be great if they had someone like Eric Andre,” said Henry Ripley, a Manhattan resident. “But, if that’s the best they can do, I’ll probably just stay home that night.”