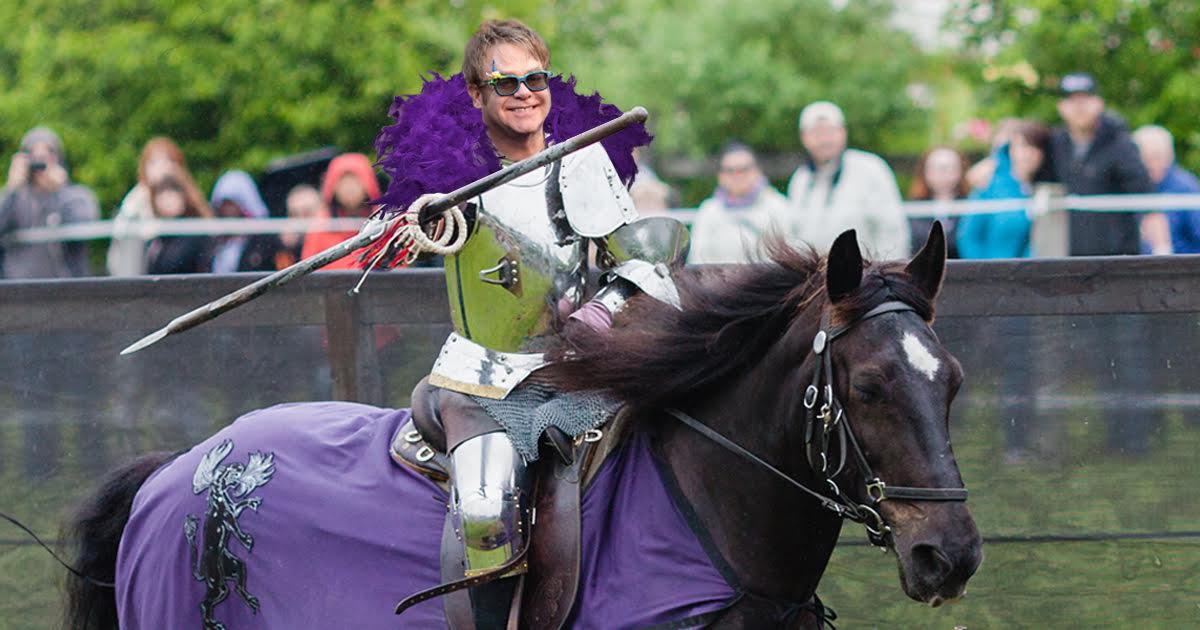 LONDON – Sir Elton John formally unveiled plans in a press release last night to more fully live out the “Sir” in front of his name and embark on the chivalric life of a feudal British knight.

“I thought I had it all. I’m the U.K.’s most successful male solo artist. I’ve traveled the world. I’m in a perfect relationship and have two wonderful sons,” read the press release. “But, I dare say, it still felt like I was doing something wrong. Now I know why: I’m not living up to my knightly responsibilities.”

The release charted the musician’s new life direction, including acquiring hand-combat weapons, ‘metal knickers,’ a horse, and a squire. It concluded by saying, “You don’t see that Paul McCartney chap doing this, aye?”

Induction into the Order of Chivalry is symbolic, and legal scholars largely agree it does not afford the knighted any special rights or requirements. But sources close to Sir Elton John, knighted by Queen Elizabeth II in 1998, paint an exuberant scene. His suit of armor reportedly has sunglasses forged into the helmet, and his horse is a dwarf stallion named “Tiny Dancer.”

“He’s taken up medieval combat arts,” said an assistant to the knight, who wished to remain anonymous. “We’re doing this thing now called ‘Saturday Night’s Alright for Jousting,’ and I worry I’m going to get seriously injured.”

The assistant also outlined his boss’s research into the formal duties of British knighthood, which requires either going on a Crusade or rescuing damsels in distress.

“After researching how bloody the Crusades actually were, he went with the damsel approach. He’s been calling Adele every day, giving her singing advice against her wishes and claiming she needs ‘rescuing,’” said the assistant.

Sir John’s team declined formal comment about the lack of legal precedent for modern knight behavior. One advisor later admitted, “When Sir John runs down the streets of Brixton fully-armoured, wielding a broadsword, nobody stops him – but that may be because celebrities can do anything.”