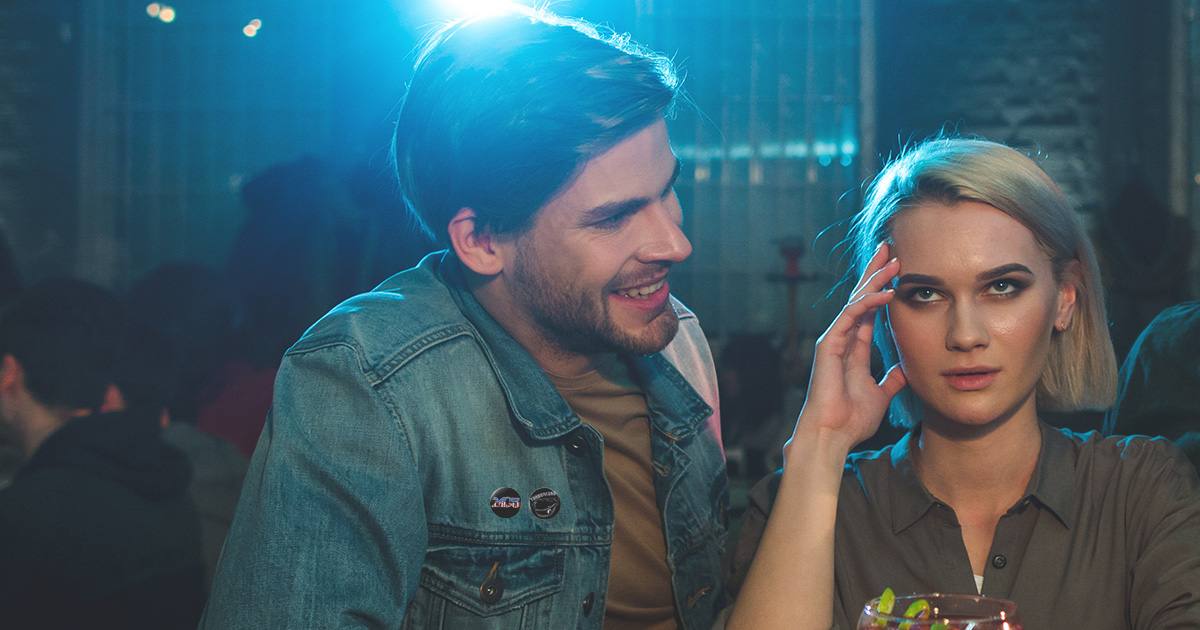 PHILADELPHIA — Local woman Juliana Azzara passed the four hours waiting for her train last night by asking a man at a nearby dive bar what his band sounds like, impressed sources confirmed.

“I wandered into this ratty hole-in-the-wall near 30th Street Station with a dead phone and nothing to do. Luckily, there was a bearded dude with tattooed forearms parked at the end of the bar,” said Azzara. “I could tell by the way he was air drumming along to the jukebox that he could easily help me kill a few hours yammering about his shitty band.”

“I’ve actually done this a bunch of times. I treat it almost like a game: I guess how much time they’ll spend on the story behind their band name, how many drummers they went through before they finally found Rick — and they’re always named Rick,” said Azzara. “And If I feel them starting to wind down I’ll say, ‘So, you guys sound like Fugazi?’ which always buys me another hour.”

Azzara allegedly fine-tuned this skill through years of listening to men explain how their band is “different.”

“Besides helping me kill time, I kinda see it as a public service,” she explained. “This dude unloads on me about his band’s tonality, or the boring details of his rig… and hopefully he’ll get so worn out, some woman at a show or a party won’t have to hear about it later.”

Bartender Amber Arte, who served both Azarra and Dinello, witnessed their conversation firsthand.

“Oh, yeah… I’ve seen women pull this move many times. I’ve done it myself, in fact,” admitted Arte. “You know how you say ‘walk’ to your dog, and they lose their goddamn minds? It’s that. A woman says ‘band,’ and these guys start barking like crazy and get so excited they tinkle a little on the carpet.”

When questioned, Dinello was trying to play it cool, as if he wasn’t overjoyed that a woman seemed interested in his “art.”

“Anything I can do to help get the word out about my band, ya know? That’s all that matters,” said Dinello. “Also, you think she’s into me? Pretty sure she was into me.”