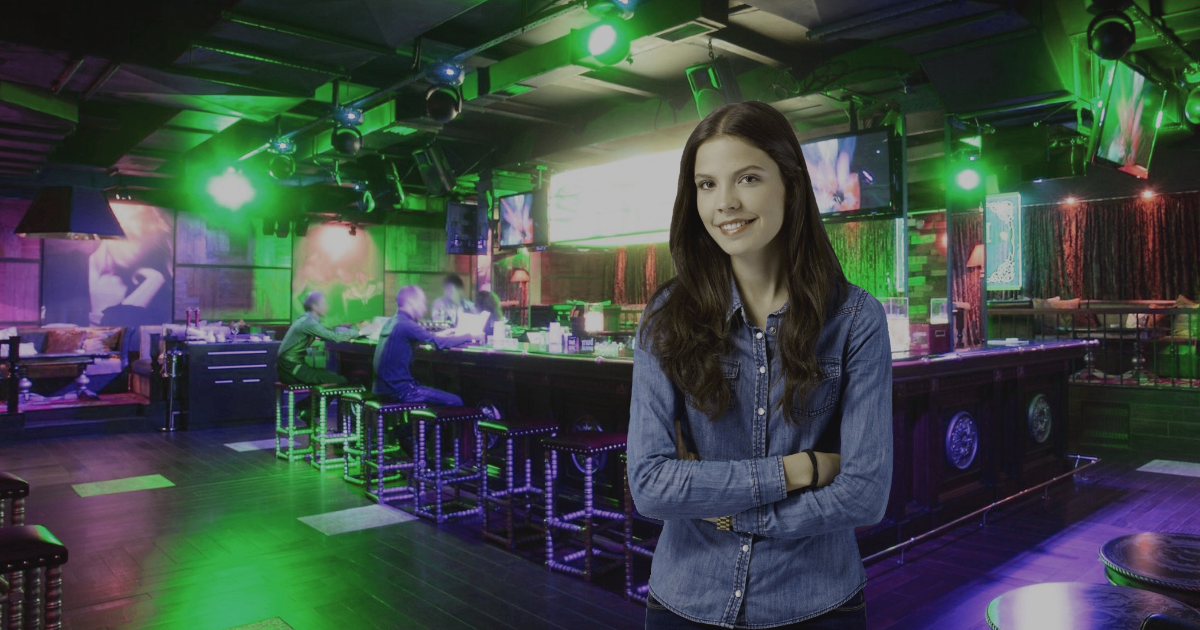 “Sally is taking baby steps towards getting over her fear of crowds,” explained boyfriend Tom Wellinger, the sole member of his project, Peachkiss. “So I encouraged her to come to my EP release show — I figured we’d have about 30 to 40 people show up, and she could get some exposure within a group of loving people that came to enjoy great music. But the venue did a terrible job promoting this and nobody showed up, so she’s breezing along without a problem.”

The experiment took shape when Wellinger promised Englund he’d help her work to overcome her fear.

“Tom assured me he only plays in intimate settings to dedicated fans, so there should be nothing to worry about,” recounted the 27-year-old Englund. “I can’t believe I found someone who loves me so much that they’ll suppress their own, inevitable success to make me feel comfortable. It was such a delight to hear the same songs he plays day in and day out at home in a different room at slightly louder volume.”

Englund’s mother has a theory as to why her daughter developed such an intense fear of large groups of people.

“Her mind instantly jumps to the worst-case scenario when she’s in a crowd because she saw something deeply disturbing at a young age,” admitted Sally’s mother, Donna Englund. “Her father and I took her to see Rush when she was nine — and we just didn’t know that a child’s developing mind can’t handle the terrifying sight of thousands of people sincerely enjoying some of the goofiest music ever created. It really damaged her. When you’re a parent, you have to accept that you will make mistakes… but I’ve never forgiven myself for this.”

To further enshrine his commitment to Englund, Wellinger vowed that he will do everything within his power to keep all of his songs’ Spotify plays at fewer than 1,000. As of press time, he’s been successful in his endeavor.